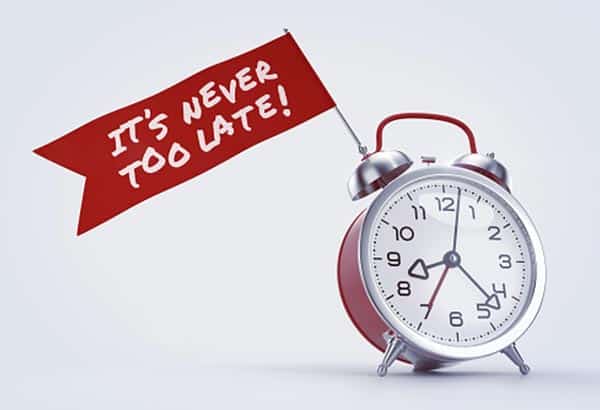 It’s Never Too Late to Start a New Career

This is what Winston Churchill was quoted as saying, and I believe it.

I started Valerie & Company when my three children became teens. “Valerie – you can’t start a new career at this age” was ringing in my ears. But, my drive overtook the road and the destination is still evolving.

What’s your “wish I could” dream? Why can’t you “just do it?” Nike nailed it and so can you!

I’m currently reading a fantastic book by Mark Batterson called “If: Trading Your If Only Regrets for God’s What If Possibilities.” Tonight’s message crashed into my soul. As Mark Batterson writes, “it’s important to make decisions based on the what if…otherwise you could make a decision leading to an if only regret.” Well said, Mark Batterson. And haven’t we all lived both of these!

So here’s the deal. I really STILL want to have a segment on a local television show. In earlier days, I had that. Why NOT? I still say “what if” I had a segment or was once again the go-to expert on the topic of Leadership Brand Presence. So, I refuse to give up that dream. At least I’ll never live with the “if only” regret of not trying. After all, I did have a broadcasting career early on, so why not be involved again?

As I write this, I’m saddened by a relative’s teenage son who wants to quit football. “It’s hard,” he says. Yet he has the talent, and the coach has outlined a practice routine to prepare him for quarterback. As I watch from the sidelines, I so want to say, “Honey, if you quit without asking what if…you may live with the if only regret that you could have been great. No – not my place. But, I can sure write about it and encourage others with the story.

Back to us women. It’s time for us to live it up. This is the season of life that gives you permission. If not – why not? Age? Too late? NO, I say to that. It’s never too late…never, never, never.

Travel Tips: Start Your Vacation with a SMILE

Career Transition: Are You Headed in the Right Direction?