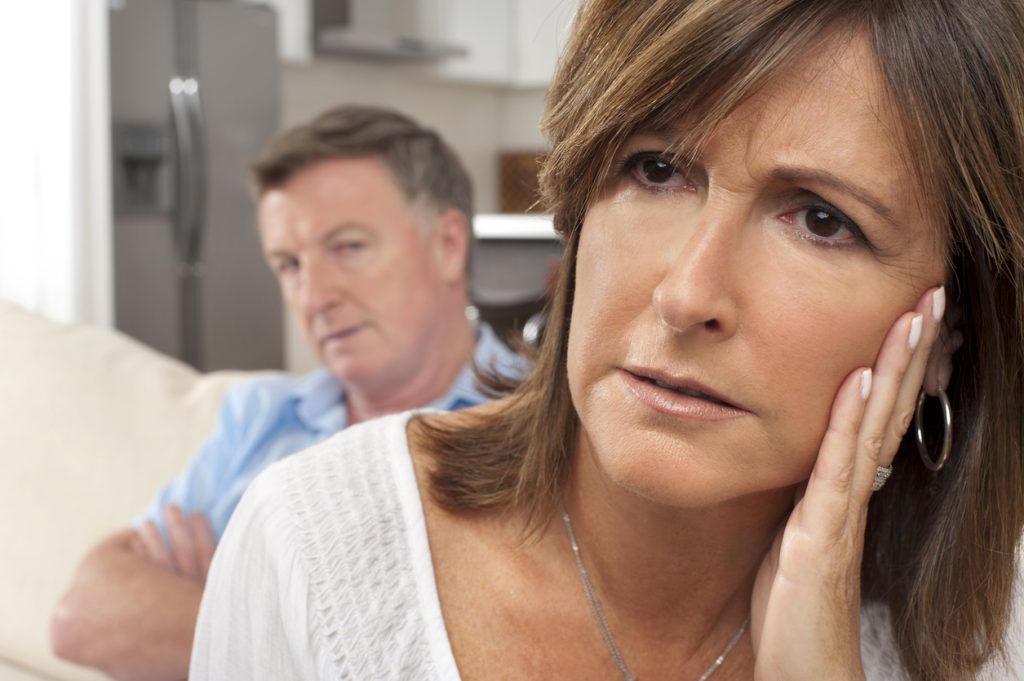 Yuck! When the man on the dating app is married…to your friend

I feel soiled, sullied, icky. Bad. Horrible. I unknowingly betrayed a good, long-time friend. “How?” you ask. Here’s the story.

A few months ago, a man emailed me from a dating site new to me. We struck up a nice IM conversation. He hadn’t posted a pic, so I asked for one and he promptly obliged. He was average looking, having features similar to many midlife men in my area. But I was drawn by his wit, intelligence and sweetness.

After a few days of IM and phone conversations, we agreed to lunch. Immediately upon meeting, he kissed me briefly on the lips. A tad forward, I thought. While we stood in line for a table he took my hand. We had a nice lunch conversation. He was better looking in person than his picture. During the after-lunch stroll, he put his arm around my waist. After a half block, he stopped and kissed me. Again, I thought, a tad early for my taste. We walked some more, and he left me at my car with a promise to call.

He IM’d within minutes of my returning home. He called on his way home from work. We talked about getting together again in a few days. He continued to IM frequently. Two days after the lunch date, we had plans to go to the movies, but he called to say he had an emergency with his teenage daughter, so would have to reschedule. We IM’d, then talked the next day. Then I got the email quoted in “Is it affection or obsession?” (in the Dipping Your Toe in the Dating Pool: Dive In Without Belly Flopping book). 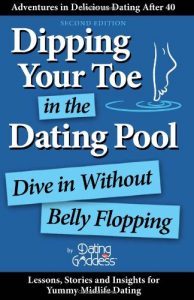 Finding out the truth

Today, my long-time friend was at my house and we were chatting. About 18 months ago she married a man she’d met online a year before, on a different site than the one on which this guy found me. I’d met her husband briefly at their wedding. He was a normal-looking guy without any unusual physical characteristics. I focused on her because she was so resplendent in her wedding regalia.

In our conversation today I realized I didn’t know what her husband did for a living and where he worked. She told me. I said, “That’s interesting. I went out once a few months ago with a man who does that in the same part of town. And they share the same common first name.” We continued the comparison. I told her of his quick affectionate behavior. She said, “My husband did that on our first date.” Hmmm. She asked if I had his pic. Thanks to my trusty Date-A-Base (in the Multidating Responsibly: Play the Field Without Being A Player book) I did! Plus, a copy of his profile and some emails. 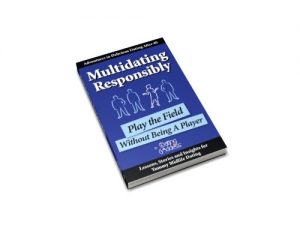 The picture staring back at her was, as you’ve guessed, her husband.

I felt sadness and anger for my friend. How could he do this to her? She deserved a great guy, not a two-timing philanderer. She was upset, but not as much as I would have been. It seems he did this when they were dating, in what they’d both promised was an exclusive relationship. She thought he had grown up. Obviously, he hadn’t.

In the past, he’d explained his addiction to the pursuit of women. He claimed he took it no farther than kissing, and usually cut it off within a few weeks. His self-esteem needed to be constantly reassured he was able to attract women. He knew he had a problem. He thought he could fix this himself, so he kept making excuses for not seeking counseling. Obviously, he was wrong.

My friend was actually grateful that it was me he’d attempted to woo, as she now had proof of his indiscretions, rather than her suspicions and his vehement denials. He couldn’t lie his way out of this any longer. If he didn’t agree to counseling immediately, she was leaving him.

I have a mix of remorse, sadness, anger, and in a strange way, gratefulness that I could help catch this Lothario. She should be with a fabulous guy who adores her and would never consider cheating. If this Casanova won’t grow up, I hope she jettisons him so she can have a great man. 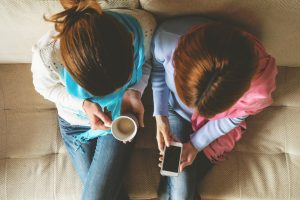 To show what a mature individual she is in the face of this information, she holds no malice toward me, acknowledging that I met him so briefly previously I couldn’t be expected to remember him out of context of being by her side, let alone on a dating site. She was actually appreciative that he hadn’t recognized me either, so she could have the evidence she needed to confront him.

I know there are myriad stories of married people listing themselves on dating sites. I have encountered only one other who I discovered was married — thanks to a mutual friend — and I declined to meet him. Had I known this one was married, I would not have met him either. I don’t like unwittingly being the other woman.

Looking back, there were no signs that pointed to him being in a relationship. He wasn’t wearing a wedding ring. Since my friend retained her maiden name and I didn’t remember her husband’s last name from the one time I saw it on the wedding invitation, even his using his real last name didn’t raise a red flag.

I guess this shows that it is good to meet a man’s friends before getting too serious and hope one of them pulls you aside if something is amiss. I have no idea how I would have found out, as he could have easily kept up his ruse for months since she travels a lot. And I don’t know how she would have had indisputable proof if we hadn’t been chit-chatting about her hubby.

This watch-out story is an excerpt from Dating Goddess’ book, First-Rate First Dates: Increase the Chance of a Second Date, one of the 15-book Adventures in Delicious Dating After 40 series.

Looking for some tips for dating online? Watch below and subscribe to our YouTube channel for more lifestyle, fashion and fitness videos.

>READ: DATING OVER 50: DEFINE YOUR NEED FOR AFFILIATION