Me Too Hashtag Sheds Light on Long Ignored Darkness

Me Too Hashtag Sheds Light on Long Ignored Darkness 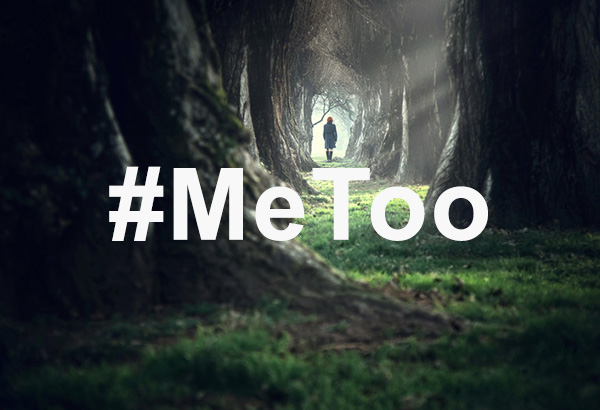 If you are on social media at all, you have probably seen the Me Too hashtag that is currently sweeping the globe in response to the revelations of Harvey Weinstein’s repulsive acts. Women are being asked to post #MeToo if they have been sexually harassed or assaulted. The goal is to expose the magnitude of the problem.

I am frankly amazed if there is any woman who couldn’t add Me Too to their timeline. Are people really surprised by the numbers that are appearing? Perhaps the public at large assumed we have reached the age of enlightenment and women are no longer objectified. My theory is that objectification has simply been accepted as what we, as women, have to deal with. It’s so common, it’s practically yawn inducing. Why, all of Hollywood knew what was and is going on, but instead of standing up against the behavior that so many young women were subjected to, it was written off as a necessary evil, a right of passage, simply “that’s just Harvey.” I swear, if I see one more celebrity with hand to chest, big-eyed, saying they had NO IDEA Weinstein was such a man, I will start mailing out Best Acting awards of my own.

Guess what? It’s more than Harvey. It’s Tom, Dick and Harry and always has been. My experiences date back to my 20s and 30s, the age when many women find themselves vulnerable as they are starting their careers and aren’t necessarily confident or composed when dealing with their employers and men in a position of power. Not to mention, especially back when I was growing up, we were raised to be obedient and to not make scenes. Recipe for disaster.

There was the office where I assisted the sales team. The men would come up behind me and rub my neck and shoulders even as I protested and tried to squirm away. And there was the job for a large corporation where men who were old enough to be my father referred to me often, loudly and suggestively as “Legs.”

Is there a woman out there who hasn’t had a stranger tell her to “smile?” A woman who hasn’t been whistled at or shouted obscenities to? Have men noticed none of this? How blissfully unaware they must be. The ones who aren’t doing the harassing and haven’t noticed other male’s attitudes to women. We, as young girls, grow up knowing we must not make eye contact with strangers, need to be aware of our surroundings, and avoid placing ourselves in situations that could be “misinterpreted.” It’s a life spent much on the defensive. So much so, I think we forget sometimes that what is normal for women really isn’t normal. Nor is it acceptable.

But these are simply experiences of harassment. Overtures that were unwelcomed. Inappropriate behavior left unchecked because it was easier to laugh off or ignore. The same sort of thing that happens every day to far too many women. Assault is another thing all together – and every 98 seconds an American is the victim of sexual assault.*

Think about this comparison: 1 out of every 6 American women has been the victim of an attempted or completed rape in her lifetime. One in every 8 women will develop invasive breast cancer over the course of her life. We all know someone who has been affected by breast cancer. So, according to the stats, chances are even greater that we know someone who has been assaulted. We just aren’t aware, since the victims typically don’t announce it to the world. Until now.

Now, through the Me Too campaign, Hollywood is shining a light on the disturbing fact that casting couches are not a thing of the past and that men in power with questionable or no morals are lethal, whether in the film business, politics or corporations. Women who kept silent for years out of self preservation are openly sharing their stories. Actress Reese Witherspoon revealed that she was assaulted by a director when she was 16 and has experienced other episodes of assault and harassment over the years. “But,” she says, “after hearing all the stories these past few days and hearing these brave women speak up tonight, the things that we’re kind of told to sweep under the rug and not talk about, it’s made me want to speak up and speak up loudly because I felt less alone this week than I’ve ever felt in my entire career.”

I am thrilled that the world has been slapped in the face with a big dose of reality and Me Too-ism. Grandmothers, mothers, daughters, all have their stories to tell. I guarantee, the number of women who haven’t been harassed or assaulted is far less than those who have. I bet the number is zero, in fact. We and our friends, co-workers and relatives have lived through a wide range of abuse, violence and misuse, and each has dealt with it in her own, personal way.

In France, Twitter users are using #balancetonporc (expose the pig) as inducement for women to name and shame their attackers. #WomenWhoRoar is being used to encourage victims of sexual abuse to speak out. Apparently, we have been awakened. Let’s hope something good comes of it.

So, thanks, Harvey Weinstein for being the last straw. Thank you to the women who were brave enough and strong enough to come forward – and those who are still speaking up. This is more than Hollywood’s “secret” problem. The Emperor has no clothes.

Lastly, to the people who blame the women for putting up with abusive behavior and harassment, I have this to say: There are a number of reasons someone might choose silence. Fear of losing income when living paycheck to paycheck, a misguided feeling that she somehow led the man to think she would be interested, a trauma or betrayal of such magnitude that the event becomes compartmentalized or even blocked. But worst of all may be the fear of judgment by others, especially our own sex, as somehow being to blame.