Prime Women are often enjoying their “First Act” when they find themselves nurturing another passion that leads to a “Second Act.” That’s what happened to country music legend, Janie Fricke.

Janie was born in South Whitley, Indiana, where she grew up on a family farm, learned piano and guitar, and sang at the Crossroads Church. Throughout high school and college, she sang “At any place that would hire me.” Although Janie was keen to follow her passion for music, her parents insisted she complete a degree in elementary education; and she did, eventually, after a couple of detours. One was to Memphis, Tennessee, and the other to Dallas, Texas. Both moves afforded her the opportunity to sing commercial jingles like the ones she would later record for United Airlines, Coca-Cola, 7-Up, Red Lobster, Pizza Hut and others. She moved back to Indiana just long enough to complete her degree from the University of Indiana, but the dye was cast. Janie’s love of music and recording led her to Nashville, where she worked with music industry people, met other musicians, and eventually landed her own recording contract.

The rest is country music history.

If you had even a passing interest in country music in the early 80s, you’ll recall Janie. You couldn’t turn on a radio or enter a country bar without hearing, “Don’t Worry ‘Bout Me Baby,” “He’s a Heartache,” or “Your Heart’s Not in It.” Her accomplishments include 18 number one singles and two Grammy nominations. Janie was named Female Vocalist of the Year three years in a row by the Country Music Association and the Academy of Country Music. Long story short, Janie Fricke is a country music legend. She still tours across the U.S., but she’s been branching out in other creative ways for some time now.

The Janie Fricke Collection is ranch-lodge chic; a sumptuous assortment of throw pillows, table runners and throws with accents of brush trim, faux fur and even an occasional feather. This isn’t one of those celebrity endorsement deals. Janie has been sewing since she was young, learning from her mother and grandmother. She chooses fabrics she likes, takes them home to her studio and decides how she wants to use them. After mixing and matching to find a combination that strikes her, she prepares a table runner or whatever she has decided to make, then gives it to her seamstress. The pieces are then finished and shipped to the stores that carry items from her collection.

Janie says, “The collection lends itself to Texas women and decor. But it can fit into any house that wants a bit of color and flair. The pieces in the collection are for someone who enjoys the beauty of fabric and color; having something that’s a conversation piece. One of a kind, unique pieces.” 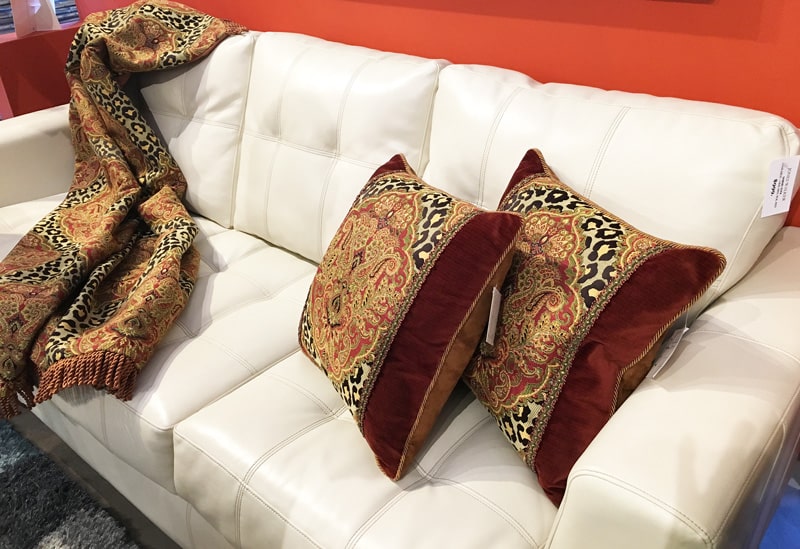 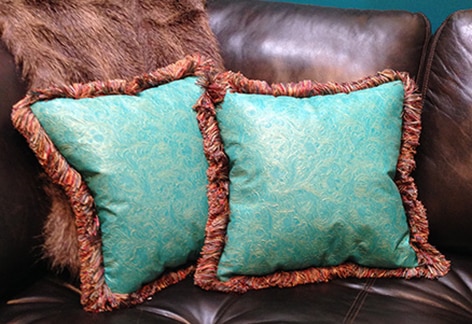 At first, Janie marketed mostly through Showrooms in the World Trade Center in Dallas, where designers and decorators could purchase her pieces. The changing landscape provided additional opportunities and required an online presence, so individuals can now purchase items directly from JanieFrickeCollection.com. In addition to the pillows, throws, and table runners, one can find handbags, ponchos/shawls, dusters, and even fabric. 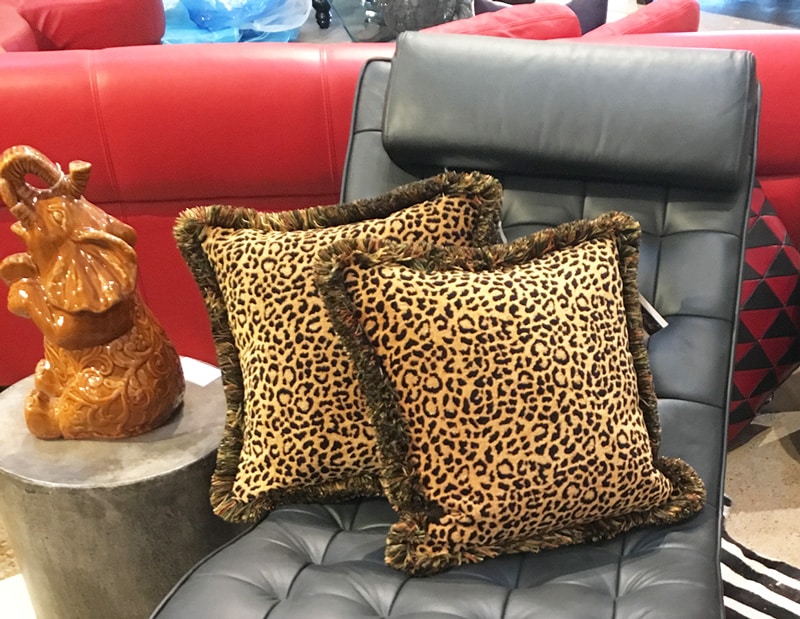 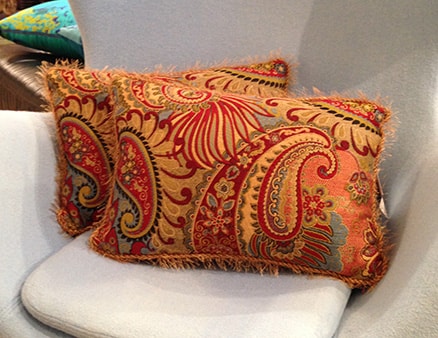 When asked about the challenges she faced when she began this business, Janie admits to a struggle in the beginning. She considers marketing and selling to be her weaknesses, but says, “I’ve learned a lot over the years, if you use honesty, and speak about what you have or what you’re promoting – or what you love to do – then that’s the secret. That’s all you need to do. It’s an adventure every time I go out and call on someone.”

What makes her happy about this home accent business?

“Every week, there’s something new – a new twist. It’s always a learning opportunity. Just when you think you’ve done it all – here you go again!”

Janie Fricke still enjoys traveling with her band. You can find the tour schedule on her website.

Janie was the first female voice on the moon. She sang the jingle that played every morning to wake the astronauts on Apollo 12.

Holds the current record for most studio sessions throughout a career.

For another inspirational story about talented women in their prime, read about CNBC’s Sue Herera.