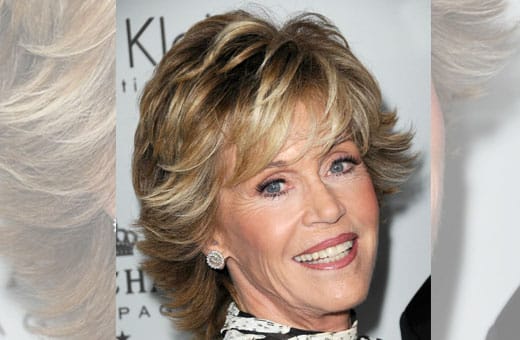 I suppose that if I had watched my buddies get shot up in Vietnam instead of being someone who raised only a timid voice to protest the war in Southeast Asia back in the day, I too might never forgive actress Jane Fonda for the anti-war activities that won her the nickname “Hanoi Jane.”

Yes, even 45-odd years later, those propaganda shots of Fonda sitting astride a tank in North Vietnam raise hackles . . . and this week caused the supervisor of the Upstate New York town that’s home to the national Women’s Hall of Fame to try, in essence, to keep Fonda from being inducted. He proposed that the town withhold future funding for Hall events if her induction, scheduled for September, were to go ahead.

People who routinely intone “how soon they forget” are definitely not talking about veterans and Jane Fonda.

In the end, the Hall of Fame proposal got only one “yes” vote from the Town Board (the supervisor’s), three “no’s” and one abstention. But the event raises a question asked a lot these days: How long do we have to go on apologizing for things we did? How long should we be made to pay for our mistakes? I think the correct answer is . . . all over the place.

Fonda, for instance, has many times publicly acknowledged regret for the hurt she caused, most recently in the 2018 Netflix documentary Jane Fonda in Five Acts. There are those of us who view her as a woman who is always capturing the Zeitgeist—in turn political activist, fitness queen, glamour babe and now glamour babe facing her (our) “declining years” with the streaming series Grace and Frankie.

And there are those who see only Hanoi Jane.

In a way, the Fonda situation is straightforward: an individual act apologized for by that individual (although, yes, she doesn’t apologize for having protested the war). But as a culture we seem to be in the middle of a great number of situations where acknowledgment or apologies are not so clear-cut, where entire systems are being called out: the #MeToo movement, the Confederate statues still proudly overseeing their small town squares, modern-day Germans facing their World War II history.

When I think of these various problems, I can picture a man who has just put his finger into an electrical outlet. At least in the cartoon versions, the man’s hair sticks straight out from his head, vibrating in all directions. Those are the reactions, overreactions and counter-reactions. There are the young Germans: It was the Nazis who caused the Holocaust, not my grandparents. There are the Americans who ask, “Why do we have to keep apologizing for slavery?” (Oh, I don’t know—let me think about that for a sec.) There are the women (mostly) who have been injured, psychically or career-wise or both, by powerful men (again, mostly), and the men who apologize if something they “may have done” ever made a woman feel “uncomfortable.”

A few years ago I was backstage at an event with some friends and all of a sudden Vice President Joe Biden, who had worked with one of my friends, strolled in. He plopped himself down next to me at our table, and funny stories and shrewd political insights (his usual, I’m sure) followed. And as he regaled us with his stories, he kept touching my hand and my arm for emphasis. There was nothing sexual about it. But it embodied the current buzz about Biden: Yes, he’s a handsy kind of guy.

He has Democrats worrying about his behavior with women, and some trying to excuse it. Is he Harvey Weinstein? Bill Cosby? Hardly. Does he have to apologize for his behavior? He has, in a video released Wednesday. Is it enough? Who knows?

I guess one of the things I’m thinking is that we don’t have to apologize for our mistakes for the rest of our lives . . . but at some point—and this is the deal-breaker for some—we do have to apologize. Yes, I’m thinking of you, Bill Clinton, who from everything I’ve heard and read has never acknowledged or apologized to Monica Lewinsky. Yes, she was a silly 22-year-old intern with, as she describes it, a crush and should have known better. But he was the grownup in the room.

Maybe some people don’t have to keep apologizing for their mistakes for the rest of their lives, but doing it at least once would seem to be a basic minimum.

Breaking Up... In 5 Not So Easy Steps

Beating Caregiver Stress and Burnout: Why You Need a Caregiver Support Group

Overcoming Overthinking in Your Relationships

Mental Illness in the Family – How It Affects Women