Too Many Drinks Too Fast: Why Are Women Drinking So Much? - Prime Women | An Online Magazine 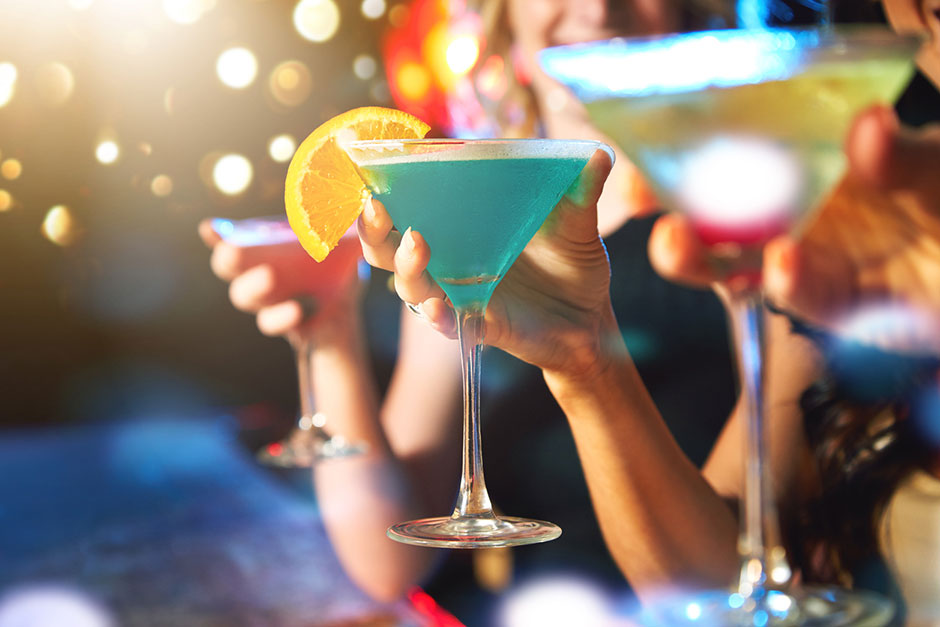 Every month we meet for book club, and as dinner is laid out on the sideboard, we all grab plates and glasses and drinks.

Drinks. One or two people always volunteer to supply the wine, and a couple of bottles will make the rounds at the table. But over the years I’ve noticed something: Even when a dozen of us are in attendance, it’s rare that we finish even two bottles of wine. Sometimes it’s only one. For some, it’s the calories that steer them to the bottle of club soda, for others it’s medication that makes alcohol unwise. We all drive to the monthly location, so there’s that. Some sip a little just to be festive, and some of us just don’t have the taste for it anymore.

That puts my group of women aged 50 to maybe 75 at odds with a trend that a new government study has documented, that older women are drinking more, are binge drinking more, and their number of heavy drinkers is in fact growing at a greater rate than that of men.

But it turns out that things are not at all equal. As the National Institute on Alcohol Abuse and Alcoholism explains, “Women start to have alcohol-related problems sooner and at lower drinking levels than men and for multiple reasons.”

And why? Because, the institute points out, we’re women: We tend to weigh less and, pound for pound, have less water in our bodies than men do, and water is where alcohol resides.

“This means that after a woman and a man of the same weight drink the same amount of alcohol, the woman’s blood alcohol concentration (BAC, the amount of alcohol in the blood) will tend to be higher, putting her at greater risk for harm.”

Heavy, episodic drinking can lead to the “sloppy drunk,” the guy who happily throws his arm around your shoulders at the party. It’s a little unnerving when that happens, and we mostly try to extricate ourselves physically without causing a scene. When it’s a woman who’s the sloppy drunk, though, it seems downright embarrassing.

The guy, we figure, will sleep it off; the woman, we decide, has a problem.

There may be truth in that: Studies are pointing out that the rate of binge drinking is rising among older women, at a time when drinking has been relatively stable among men of the same boomer age group. The binge drinking can lead to liver disease and even heart problems and a heightened risk of cancer.

Living as I do in Washington, DC’s Georgetown neighborhood, I have a front-row seat to students who revel in getting drunk before they even set out for a late-night party to ensure “a good time.” But as I’ve shaken my head, I was missing the point. This aggressive, fast-track drinking isn’t the only definition of binge drinking.

Consider this: The alcoholism institute says that binge drinking, for women, is consumption that increases blood alcohol to a level that generally occurs with four drinks in two hours. That’s kicking it back pretty hard, to be sure.

What is a Standard-sized Drink?

But moderate drinkers are also in for an awakening. And that’s because we misunderstand how small a “standard” drink actually is. According to guidelines published by the U.S. Department of Health and Human Services, a standard drink is 5 fluid ounces of wine, 12 fluid ounces of beer or—and here my heart stands still—1.5 fluid ounces of a distilled spirit, meaning, of course, vodka, gin, tequila, rum or whiskey.

Three ounces of vodka mixed with five ounces of S. Pellegrino Limonata is my idea of cocktail hour. And, as is now clear, that’s not one drink, but two!

Government research has shown that low-risk drinking for women is less than three drinks a day, so I’m still below that level. But the guidelines would also limit a woman to fewer than seven drinks a week. Given my “heavy pour,” I cannot indulge in my cocktail hour on a daily basis.

Researchers aren’t sure why older women are drinking more—staring into the abyss can have that effect on people—but this older woman has made a decision: I will cut back on the vodka in my recipe so I can indulge in it every evening. It’s the idea of cocktail hour that I find satisfying—the line of demarcation between workday and evening, the ice tinkling in the double-old-fashioned glass, the nursing of the drink while I make dinner—not the actual amount of alcohol (or, for that matter, the amount of Limonata).

In the end, the “why” may remain elusive, but all of us can come to grips with what the research is trying to show us.