It’s not uncommon for people to eat food in accordance with their religious beliefs and culture; the Daniel Diet is a diet based on the Book of Daniel. Many individuals have tried it and found it to be effective, despite what their beliefs may be.

Also known as the Daniel Fast Diet, it is a 21-day partial fast that is said to promote weight loss, boost energy, and general wellness. It has been used and endorsed by celebrities like Chris Pratt and Jimmy Kimmel, and with its interesting history, it just may be the diet for you.

If you are interested in following the Daniel Diet, here’s what you should know.

What is the Story Behind the Diet?

The Daniel Diet is based on a biblical story in the Book of Daniel. Daniel is an Old Testament Prophet placed under King Nebuchadnezzar’s rule at a young age.

Verses 1:12-16 describe the diet explaining how Daniel rejects the rich, indulgent food the king offers him, instead choosing foods he feels God intends for consumption. These include fruits, vegetables, beans, whole grains, and water, and it emphasizes beans as a primary form of protein.

Daniel and his friends follow the diet for ten days and end up healthier and stronger than those around them in both mental and physical capacities.

Today, people use the diet to detox from processed foods. Others follow it to bring them closer to God.

Who Developed the Daniel Diet?

Although the Daniel Diet was inspired by the bible, it was developed by megachurch pastor Rick Warren alongside Dr. Daniel Amen and Dr. Mark Hyman. Several books have meal plans, recipes, workouts, and other recommendations. You can also order the Daniel Fast package, which includes video lessons, recipes, meal plans, devotions, and live meetings.

Warren said he developed the diet after noticing that many of his congregants were overweight… and so was he. He took inspiration from the bible and decided to give up processed foods and eat plant-based alternatives instead. He ended up losing 60 pounds.

What Foods Should You Eat?

What Foods Should Be Avoided?

Here are the foods not to be consumed on the Daniel Diet:

What are the Benefits?

The Daniel Diet offers several benefits. Here are some to consider.

High in Plant-Based Foods That Boost Immunity: The Daniel Diet is high in plant-based foods such as fruit, vegetables, nuts, and grains. Studies have shown that these can reduce the risk of diseases such as diabetes and cancer. They are also high in nutrition to improve heart health and overall wellness.

May Promote Feelings of Fullness: The foods to be eaten on the Daniel Diet are high in fiber, so you feel fuller for longer on less food. This can lead to less snacking between meals, which promotes weight loss. It also supports regularity.

Inexpensive: The diet focuses on beans and lentils, which are inexpensive and easy to use.

What are the Downsides?

While the Daniel Diet offers some benefits, it has its share of downsides. These are as follows.

Highly Restrictive: The diet requires you to eliminate many foods, including meat and dairy. This makes it hard for people to follow.

Religious Undertones Make It Not For Everyone: The Daniel Diet is based on a passage from the bible. Even though people don’t have to be religious to follow the diet, its associations may be a turn-off for some individuals.

Cuts Out Nutritious Foods: If you follow the Daniel Diet, you will be missing out on dairy and plant-based proteins, which can negatively affect your nutrition.

May Lead to Digestive Issues: The high fiber content of the Daniel Diet can lead to digestive issues, including bloating, upset stomach, and constipation.

Short-Term: The diet is only meant to be followed for 10-21 days, and it does not set a long-term plan for eating habits. Its limited time frame means it also cannot lead to significant weight loss.

However, the short-term structure can also be beneficial, making it easier to stick to the restrictive diet plan. You can also take elements from the diet to guide you in how you structure your meal routine moving forward.

How Does it Handle Portions?

The Daniel Diet does not require you to measure portions, and you can eat until you feel full. However, it does suggest that you don’t eat more than what’s required to make you feel satisfied.

How Long Should I Stay on the Daniel Diet?

The Daniel Diet is not meant to be long-term, and people should stay on it for 10-21 days.

Is It Safe for Pregnant Women?

In general, people thinking of following the diet should talk to a medical professional first.

Is the Daniel Diet Right for Me?

The Daniel Diet has its share of pros and cons. Although it’s restrictive, its short-term structure makes it easier to follow. However, it also means it will not produce long-term results. Will you be trying it as part of your temporary dietary routine?

Cookbooks, Workbooks, and other Resources

The Daniel Fast: Feed Your Soul, Strengthen Your Spirit, and Renew Your Body by Susan Gregory, $10.49

The Daniel Fast Cookbook: Meal Plans and Recipes to Bring You Closer to God by Cindy Anschutz, $11.99

How To Get Fit When You Hate Diet and Exercise

All You Need to Know About the BPme Rewards App

Feeling Bloated? Here are 7 Ways to Flush Salt Out of Your Body 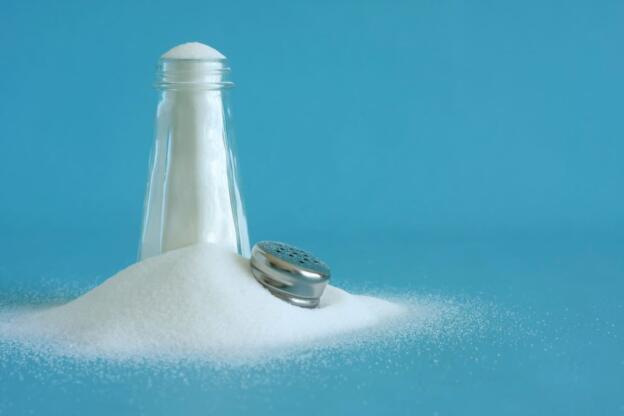 Could Mixing Two Powerhouse Diets Be the Key to Weight Loss?

Feeling Bloated? Here are 7 Ways to Flush Salt Out of Your Body

3 Oblique Workouts to Strengthen Your Core

29 Inspirational Quotes to Motivate and Empower

9 of the Best Herbs for Scalp Inflammation