Can You Get Exercise Benefits in a Pill?

Can You Get Exercise Benefits in a Pill?

We all wish that a magical exercise pill existed. And by magic, we mean a pill that, once swallowed, it works wonders on your body, similar to the effects of exercise. Believe it or not, scientists are getting close to creating compliments of finding a new blood molecule. Here’s the scoop on the exercise pill and its benefits.

First, What Does Exercise Do for the Body?

Exercise not only kicks in the awesome happy hormones, aka endorphins, but the benefits of exercising regularly more than outweigh the risks of not:

There are plenty of others, but just the above list of seven benefits is enough to make me want to go for a brisk walk right now. But in all seriousness, even light and moderate exercise can do wonders for your mental and physical health.

Researchers have been trying to nail down the mechanism through which these benefits are triggered by exercise at the molecular level. This can help us improve our health, especially in the elderly and those in poor health, to both slow down common conditions like osteoporosis and heart disease and help with muscular diseases.

An Exercise Pill, for Real?

Just writing the words “exercise pill” immediately makes me think they came from a cartoon or some science fiction movie. I envision that we’re all inside large tubes, unable to move, and there’s an exercise pill we’re fed to keep our bodies in shape. If you hadn’t noticed by the above scenario, I’ve seen plenty of sci-fi and horror movies and every episode of “The Twilight Zone,” so you can see where my brain’s coming from. Just the imagery of a real-life exercise pill sounds like the best Christmas present I’ve ever received or simply a cruel joke.

So, fast-tracking from the early 1960s… believe it or not, science is getting close to creating an exercise pill. In a nutshell, researchers at the Baylor College of Medicine and the Stanford School of Medicine (along with additional collaborators) have published quite a finding recently: they’ve discovered a molecule in the blood, and this teeny, tiny molecule is produced when we’re exercising and is responsible for curbing our appetite and reducing obesity, too.

Using lab mice as the test subjects, they were allowed to vigorously run on a treadmill and then analyzed their blood plasma compounds. What they discovered was Lac-Phe, a modified amino acid. What’s that, you ask?

Well, you know that burning and soreness you feel for a couple of days after you’ve exercised hard, ran a ton, or hit the gym and used weights? That’s because of a buildup of lactic acid in the muscle tissue. When there’s insufficient oxygen in the muscle to metabolize glycogen and glucose, lactate buildup occurs and causes us grief for a few days. So when you’re ‘feeling the burn,” that’s the reason why.

It turns out that Lac-Phe is synthesized from that lactate and one of the building blocks of protein, phenylalanine. 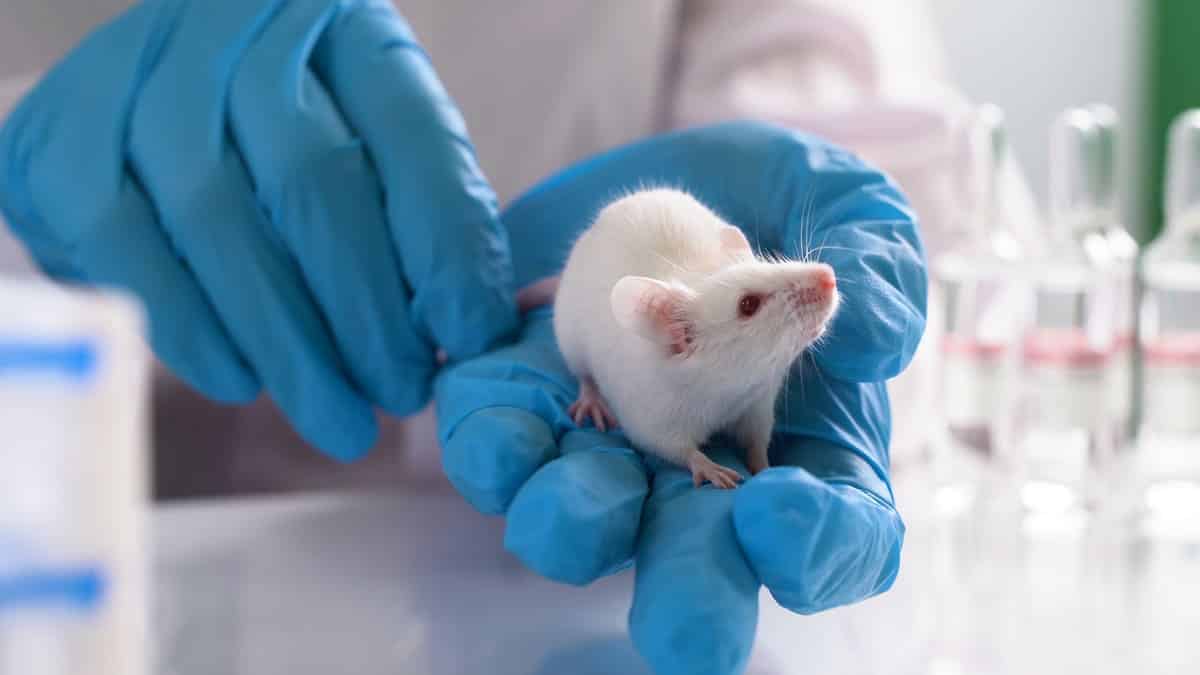 To further the study, mice were then given a high-fat diet to increase their obesity and a high dose of Lac-Phe. The scientists noticed that the mice decreased their food intake by around 50 percent compared to a control set of mice, of which neither set’s energy expenditure was affected.

This test with Lac-Phe was done over a 10-day period, and there’s good news: there was a cumulative reduction in food intake, a loss in weight loss and body fat, and even an improved glucose tolerance.

Researchers also found an enzyme (CNDP2) involved in Lac-Phe production. The study mice that lacked CNDP2 didn’t receive as high of weight loss benefits as the control group that had a similar amount of exercise.

The research team took those positive findings and levels up a big notch to delve into the plasma of both humans and race horses. The human data showed that the highest amount of Lac-Phe occurred when the testers were sprinting, followed by resistance and endurance training, respectively.

Salk Institute for Biological Studies published some noteworthy findings in 2008 regarding an exercise pill as well. Again using mice as test subjects, the researchers identified two signaling pathways that activate in response to exercise. By triggering both pathways in the mice, they essentially turned them into “long-distance runners.”

When Can We Expect This Miracle Exercise Pill?

Not anytime soon, sadly. The researchers are still digging into Lac-Phe to test mediation effects in the body, particularly the brain. Once figured out, they plan to use the findings “to learn to modulate this exercise pathway for therapeutic interventions.” Until then, just stay active and eat right. No miracle is needed with that advice.

Get in Shape the Old-Fashioned Way

How To Begin Weightlifting At 50 And Beyond

3 Steps to Get in Shape Fast

4-Minute Tabata Workout... Too Good to Be True?

HIIT Your Run for Better Results

Warm Up to a Morning Warm-Up With These 3 Moves

How To Begin Weightlifting At 50 And Beyond