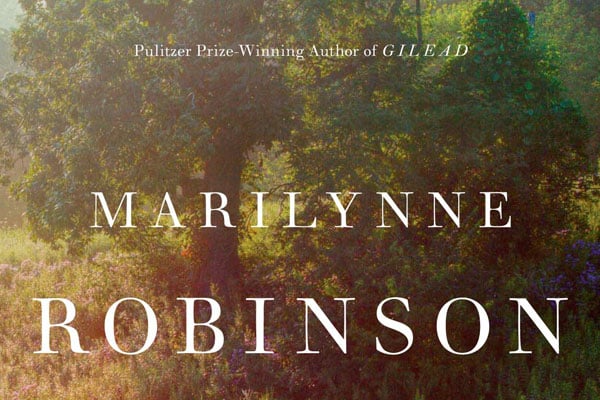 Recently, I was driving and listening to the local NPR station in Dallas. A panel was discussing current female writers like Marilynne Robinson and Jane Smiley who had certainly reached high levels of recognition, but perhaps not all that they deserved. One of the panelists called Dr. Robinson “a super star” in modern writing. This author has, after all, won the Pulitzer Prize for Fiction in 2005, the National Book Critics Award for Fiction in 2004. She also received the British Orange Prize for Fiction in 2009 as well as the Humanities Medal of 2012 for Grace and Intelligence in Writing as well as many other awards.

In the interest of accuracy, this panel also mentioned up and coming female Texas novelists that they hoped would one day attain the status of the above named authors. In all honesty, I do not remember the names of these young writers. Hopefully, they will succeed and we will all know their names one day.

Ms. Robinson has written four celebrated books of fiction: Housekeeping, Gilead, Home, and Lila. She has authored several notable works of non-fiction and has contributed articles, essays and reviews to magazines like Harper’s, The Paris Review and The New York Times Book Review.

Gilead, Home, and Lila were all set in Gilead, Iowa. Since, according to my research, these three books have not been billed as a trilogy, there is hope among her readers that more will be forthcoming to let them know what became of Glory and her brother, Jack Boughton, and Lila and her son Robby Ames, not to mention the rest of the Boughton and Ames families. More will be said about these characters in the Prime Women reviews of each book.

To return to the radio discussion, the panelists opined that Ms. Robinson, who now teaches at the well-known Iowa Writer’s Workshop (as did Jane Smiley) and has been the writer-in-residence or visiting professor at some of the world’s most famous institutions of learning such as Yale, Oxford, University of Kent and Amherst among others was perhaps worthy of an even higher honor. Without saying so explicitly, I gathered they were referring to the Nobel Prize for Literature. I would hope that other Americans like Ms. Smiley would be on the short list for that prize, too.

The fact that these radio commentators were so much on Robinson’s side led me to buy and read Gilead, Home and Lila, which we will discuss in the following sections. I found them all beautifully written, but not necessarily easy reads. The three were extremely worthwhile and a great investment of time and intellectual capital. In fact, I will read all of them again at least once and perhaps several times. There is much to be gained from her beautiful prose and careful thinking. You cannot help but learn a great deal about yourself as her characters examine their inner lives and motivations.

After spending so much time with Robinson’s characters, I can understand the panelists’ enthusiasm for her work and their hope that recognition for it is not over. If you end up liking her as much as I did, I would encourage you to read the essay by Sarah Churchwell called “Marilynne Robinson’s Lila-A Great Achievement in US Fiction.” She reviews all three of the works that I will be discussing. The Guardian itself is a winner of the Pulitzer and is great to peruse.