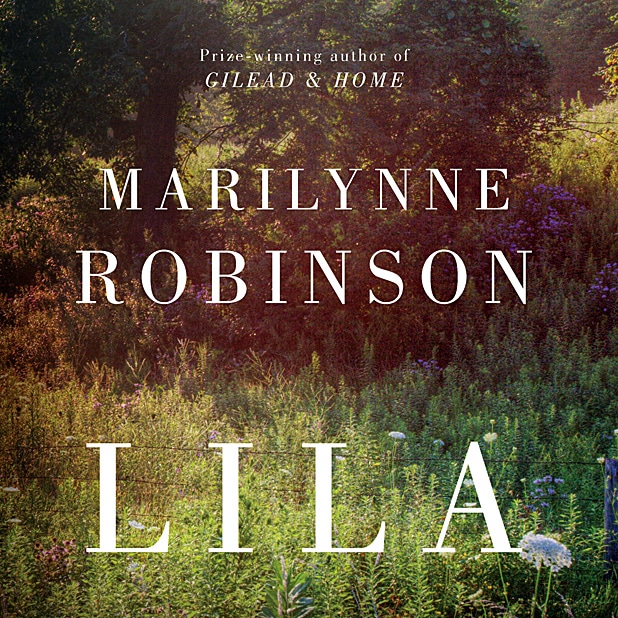 Lila is an unusual book in many ways. Unusually beautiful, and an unusual story about a girl rescued as a toddler from an abusive situation. She was slowly being starved to death by a negligent family. The woman who saves her was badly abused herself, and had known only the hardest of times as a child and an adult. This rescuer was once badly beaten and her face was  disfigured. The young lady gained the ironic sobriquet

“Doll.” Doll had spied the dying child in a decrepit shack beneath a table and heard her chilling cough that presaged death. Doll runs into the night with the baby to try and save her life with no real hope of Lila’s survival, but survive she does. Because Doll’s scarred face is so memorable, she and Lila keep to back roads. They soon join a group of itinerants lead by a man who has strength and cunning. He can secure the group work in fields or factories. Enough work to keep Doll and Lila alive, and that is Doll’s number one goal. Mother and daughter stay to themselves and love one another desperately. Their isolation is to ward off unwelcome questions. It is a lesson in survival that Lila learns well.

Soon Doll realizes how bright her daughter is, and she decides to take a terrible risk. She stops moving around and accepts a job as a domestic in a household in a town so that Lila can attend school. Doll desperately wants for Lila to know how to read and to be competent with “figures.” That is addition, subtraction, multiplication and division. Doll succeeds in her goal, but within 9 months, someone recognizes her. She and Lila have to pull up stakes and change locations in the middle of the night. Lila begins to better understand what her mother has taken on in order to protect her.

Lila begins to notice how much time Doll spends sharpening a knife that she carries. Lila wonders for whom and what Doll is preparing with her daily devotional at the whet stone. Eventually, the girl learns that her family has been in pursuit since she was kidnapped. Not because they want her back especially, but because their honor was besmirched when Lila was taken. Doll, at last, must face one of Lila’s kinfolks, but he loses to her fast hands and sharp knife. Even though Doll prevails, she has to go to jail. Lila, as a very young woman, has to figure out how to survive on her own. She does.

She ends up in a house of prostitution in St. Louis where one of the other women becomes pregnant. Lila begins dreaming of running away with that woman’s child just as Doll had run away with her. That plan does not work out for her. She eventually takes to the road again and finds herself in Gilead, Iowa in the Congregationalist Church of the Reverend John Ames. He is a man in his 60’s who has led a very lonely life since the death of his wife and daughter decades before.

Lila has ducked in to escape a terrible thunderstorm during Sunday services. She is struck by the beauty and peace of the church’s music and candles. She and the Reverend lock eyes, and they both feel something, but Lila, being the feral creature that she is, does not give the encounter much thought. However, Reverend Ames gives it a lot of thought and feeling.

They meet and talk and friendship and then love quickly ensues. A brief courtship follows. Lila feels out of her element, but she is, in fact, the one who suggested marriage. The minister would never have had the nerve to have come up with the idea as he was far too bashful. They do marry and have a child. Lila worries about her place in the community, but she tries to fit in.

“Lila“ is an extraordinary novel about a courageous woman, wife and mother who could survive under any circumstances likely to come her way. Her husband understands the hard times that she has had to withstand and admires her for her mettle. Not only that, he loves her intellect, and her huge heart. A more unlikely couple you may never meet in all of fiction, nor one that will fascinate you more.

Happy reading as you discover another writer well worth your time and energy.