What's in Your Wallet? The Future of Digital Currency

What’s in Your Wallet? The Future of Digital Currency 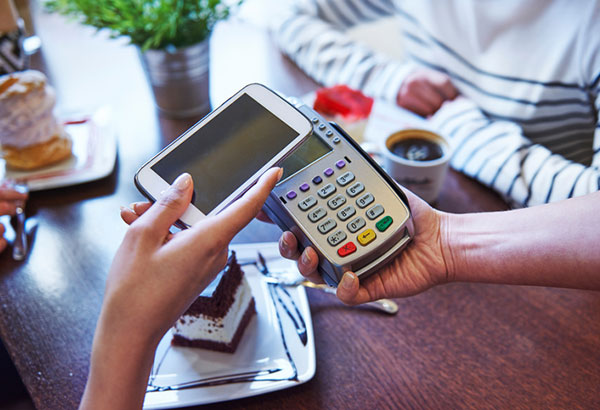 Stand in line at a coffee shop and watch people paying for their drinks and snacks. One person slips a card into a machine. Another customer waves or taps a card in the vicinity of the machine. A third just holds up a phone and a fourth just grabs a full cup. It was ordered and paid for with digital currency through an app on her phone before she got anywhere near the coffee shop. If you see anyone pay with the coins or bills of old fashioned cash, it is rare.

Coins have served as money for thousands of years and paper currency, for centuries, more recently supplemented by paper-based bank transfers (e.g. checks). In our lifetime, money has moved from paper to plastic with credit and debit cards financing most transactions. Originally, these were backed up with a paper-based system. Now, transactions are electronically recorded with chips or codes on their way to making the plastic card itself obsolete.

As big as digital currency changes have been, they could soon be overshadowed by new technologies such as blockchain and crypto currencies such as BitCoin and Ether.

Digital currency and the importance of blockchain

Blockchain is a technology which provides secure electronic storage. Once in a blockchain, documents, e-currencies, etc. are time stamped and cannot be changed. This has many uses. Researchers and artists can prove ownership of their work. Original business documents cannot be tampered with. That is just the beginning. Already, major business organizations are offering blockchain security services to companies around the globe.

Of course, blockchain can also be used to secure the financial transactions that are now starting to take place using BitCoin, ether and other crypto currencies. Many major transactions have already used the crypto coins and fortunes have been made trading them. But, before you decide to rush headlong and put all your hard earned wealth into these new and exciting e-blips, a few words of caution.

No one has been able to hack into or crack the blockchain coding, which is very complex and expected to remain secure for the foreseeable future. However, the entry and exit points where you have to put in more conventional assets to buy the BitCoins or when you want to sell your Ethers and turn them into more readily spendable wealth are eminently hackable. Losses have already been realized.

2. Consider the company you are keeping.

One feature of crypto currencies that many find very attractive is that such transactions are all free of tax since governments have not yet figured out a way to monitor them. They will, but it will probably take a while. In the meantime, the invisibility of crypto currency deals is making BitCoin etc. the medium of choice for drug dealers and other undesirables. When hackers invaded British hospitals’ computer systems and demanded ransoms to restore the data, those ransoms were to be paid in BitCoin. Oligarchs and kleptocrats who help themselves to large amounts of other people’s money really like to be able to make invisible transactions. Is that why Mr. Putin in Russia is fond of the Ether currency?

3. Crypto currencies are traded like stocks, but without any controls or oversight such as would occur in a stock market.

Their values go up and down, often dramatically. One main function of money is as a store of value. Sure, it would be nice if every dollar in your bank account went up to $10 or $100, but what happens when the dollars you own turn into 50 cents?

Keep your eye on blockchains and the new digital currency, but be careful about putting your assets into them yet.

Make Shifting Your Priorities a Priority