Are You As Motivated As They Are?

Are You As Motivated As They Are? 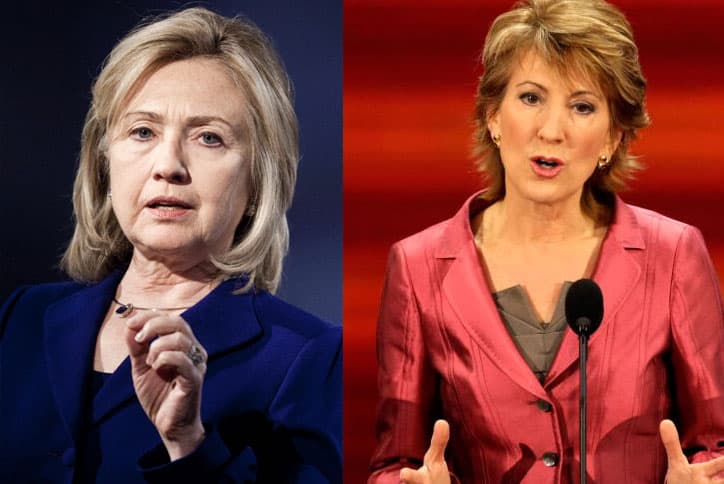 I have marveled at the stamina of these two Prime women. Not that it doesn’t take stamina for men to run for office, especially the presidency, but I can’t identify with them as I can with two 60 something women. Being two years younger than Hillary and five years older than Carly, I think I can better relate to what their energy levels would or should be. And I keep asking myself, “How do they do it?”

How do you campaign, seemingly nonstop, work 12 to 18 hour days, eat too much or too little, sleep in hotels, be expected to start every new day looking fresh and presentable with a smile on your face AND be able to keep all of your talking points straight? My reaction is – I couldn’t.

I tell myself Carly and Hillary are just genetically gifted. They probably function well on 5 or 6 hours of sleep, have stomachs of iron, can fall asleep anywhere, anytime, and have the mental capacity they had when they were twenty. All of which may be true, but I wonder if that is the real difference between me and them, or could it be something more?

I recently had my hair cut in a small resort town. The 60 something woman who cut my hair was the sole proprietor of her one station salon. She explained as she clipped away at my hair that she once owned a large salon, but had sold it a few years earlier and retired. I naturally asked why she had gone back into business.

She pointed to a picture on her table of two small children and then explained she had recently adopted them. Before I could question her about her sanity, she explained they were her grandchildren. Her daughter had succumbed to drugs and was no longer able to care for them. She had to go back to work to support them.

After questioning her further about what her days looked like caring for a three and a five year old after working at her salon all day, suffice it to say, it was daunting enough for me to choose trading places with Carly’s or Hillary’s life over hers if I had to make a choice. When I asked her how she could physically do it, she said it was simple. She could either do what she was doing or see her grandchildren given up for adoption.

I’ve come to the conclusion that when you want something badly enough or care enough about something or someone enough, most of us are capable of doing whatever we need to do. It’s all about being sufficiently motivated. But is this state of being that motivated to accomplish something, a state we Prime women should desire unless it is thrust upon us?

A friend of mine who is in her late sixties, works long hours every day, travel most weeks, often to multiple cities. When I ask her how she does it, her answer is “I love my job. I make a difference in people’s lives with the work I do. It’s very rewarding.” When I asked the salon owner if she missed being retired, she said she did miss the hiking she did almost daily with her husband and the time to relax, but, overall, she had found more joy in her life than she could have ever imagined even living with the pain of having a daughter unwilling to give up drugs.

It seems clear that having a real purpose in your life, regardless of your age, gives you the stamina and fortitude to accomplish far more than the woman who retires to a life of leisure. The question is which life do you want to live?