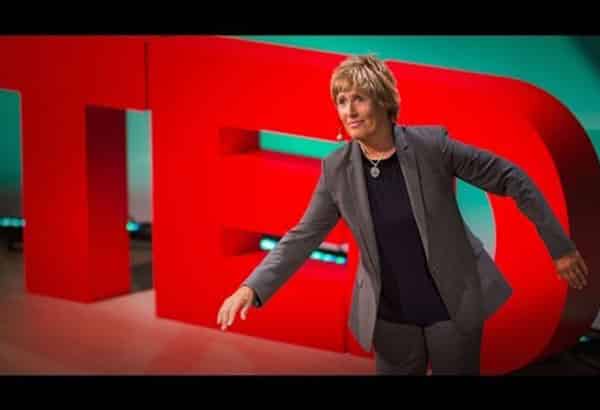 Remember the Enjoli commercial? The one where the “24-hour woman” can do it all, most of all, never let her man forget he is a man. Well, today’s Wonder Woman is doing it all, but she is doing it for herself and inspiring others along the way in my five all time favorite best Ted Talks.

As entrepreneurs we have to:

That is a synopsis of five of the best TED Talks by women who have dreamed it, strived for it and lived it. Their experiences are inspiring and give us words to live by, and yet, several of them quoted the same inspirational quote in their talks: The Man in the Arena by Theodore Roosevelt. To paraphrase, it insists it is not the critic of the of the person that stumbles that matters most but rather the person in the arena who tries, fails and tries again, knowing that if she fails, she did so daring greatly. When watching these, be ready to laugh, cry and most of all, be inspired.

Elizabeth Gilbert: Success, Failure and the Drive to Keep Creating
This is first on my list of 5 of the best TED talks. To say her book, Eat, Pray, Love was a smashing success is an understatement. Even she knew she couldn’t rival that success immediately, but she stayed true to who she is and always “returns home” as she puts it. For Elizabeth it is the art and process of writing that gives her the greatest joy. As long as she stays focused on that she can ride the waves of up and down book sales because regardless of how a book sells, she will write another one.

Brené Brown: Listening to Shame
Number two on my list of best Ted Talks is Brené with over five million views on her TED talk from five years ago: The power of vulnerability. It sparked a revolution of sorts, giving women in particular, permission to be vulnerable because that is where innovation and creativity come from; daring greatly. In this TED talk she circles back to the “aftermath” of that talk and uses her own experiences as examples about the importance of overcoming shame. Instead of failure to succeed, we must have the courage to try.  It is when we are vulnerable and put our true selves out there that we connect with and can inspire one another.

Amy Cuddy: Your Body Language Shapes Who You Are
Number three of the best Ted Talks is Amy Cuddy. It takes a little longer for Amy to make the personal connection between her research and her own story, but be patient, it is in there and will wow you in the end. We all know that body language says a lot about us to other people, but Amy talks about how we can use body language to shape our own image of ourselves, inspiring others to “fake it until you become it,” just like she did.

Dame Stephanie Shirley: Why Do Ambitious Women Have Flat Heads?
“Who would have guessed the programming of the black box flight recorders for the supersonic Concorde would have been done by a bunch of women working in their own homes, would pioneer the remote workplace?” Dame Shirley, my fourth best Ted Talks, escaped the Holocaust by being sent to London to live with strangers at age five. Then she “got on with it” and became a successful tech entrepreneur in the 1960’s founding one of the most progressive all-women businesses based on work-from-home, job sharing, flex-time and employee ownership.

Diana Nyad: Never, Ever Give Up
Finally, number five of the best Ted Talks. At 64 years-old she achieved a life-long dream of swimming from Cuba to Key West, Florida. It was her fifth attempt. There were plenty of people, men and women, who had tried and failed. Many told her she couldn’t do it at her age, but she never gave up on the most important person—herself.

Who will inspire you? Better yet, who will you inspire?