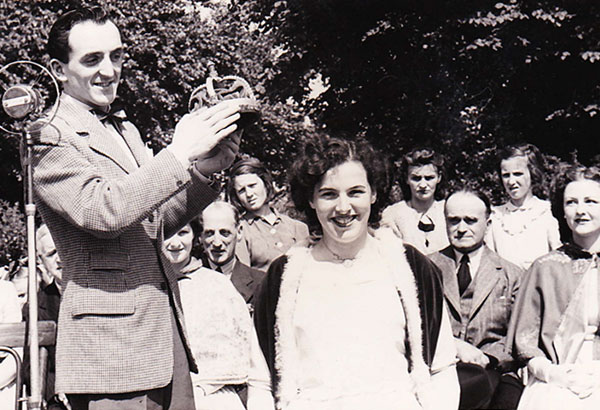 Life After a Death: Sorting Through a Loved One’s Personal Effects

How do you go through your loved one’s personal effcts after death?

I recently had to clear out my late mother’s apartment and I’ve learned that sorting through personal effects is definitely not the same as moving house.

Lots of people have sympathized that “moving house is a nightmare,” but there are significant differences in moving belongings from one place to another, and in clearing a house after a bereavement.

Firstly, what you are sifting through is someone else’s things, and you feel unauthorized; like a voyeur.

Secondly, absolutely everything has to be re-homed or disposed of and there is only so much you can take to charity and thrift stores without noticing the shop assistants dive into the back shop and try to drop the latch when they see you coming…again.

Not everything has value and certainly not everything is worthless to someone, somewhere – but how to choose? Most of us will face this at one stage or another, so buckle up for a white knuckle ride.

Thankfully, my mother did not leave me anything shocking to find. Having been treated to a present from Ann Summers by her partner in the past – with the observation that she wore “unadventurous underwear,” she took it right back to the shop and demanded a refund. I was always going to be fairly safe here.

Finding unexpectedly intimate items among the personal effects of someone who has passed poses more than a few challenges. If you didn’t want people to share those aspects of your life while living, do you really want your last thought to be, “Darn, I should have burned that (insert your own guilty secret here)?”

But what’s the answer? None of us knows the moment, and personally, I’d rather be thought of as surprisingly racy after death than blameless and virginal. I mean, how boring is that?

Value of personal effects is in the eye of the beholder

My mother didn’t hold much with value, in fact it scared her, so anything she had of value, she determinedly gave away during her life. At times this was really useful, being her daughter and all.

But of the bits and pieces of jewelry I inherited, I have no way of knowing what might be valuable and what is fake. Taking it to a dealer seems so mercenary, yet I have promised myself I won’t hold onto a whole load of stuff purely for sentimentality reasons.

My solution is to choose items I don’t want to sell but know I’ll never wear and take them to a jeweler to be melted down and made into something else. I like to think of it as a form of reincarnation.

I have an old, beautiful but bashed gold locket that I inherited from my grandmother. It has spent 30 years in a locked box but it’s about to join my mother’s wedding ring and re-enter the world of the living. This allows me to celebrate continuity, rather than just holding onto the past.

Within the locket are pictures of my grandfather who died fifty years ago, and of a great Uncle whom I never knew as he died in a POW camp during WW2. They are going to be brought into the 21st century. They’re serving no purpose in a box.

Right at the back of my mother’s wardrobe, I found two albums of photographs which I swear I’d never seen before. In one, she had created a record of youth and beauty, all her own.

I found pictures of my parents courting as teenagers but most were of mum, in immaculate suits and dresses from the forties and fifties; mum dancing; eating ice cream at the beach with friends. This was her loveliest gift to me, though I’m sure she hid it away all these years as self-indulgent nonsense. 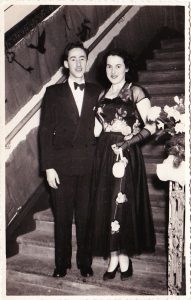 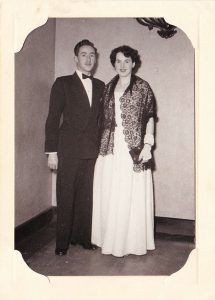 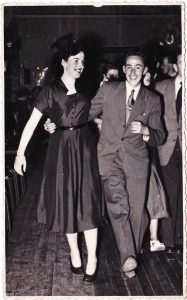 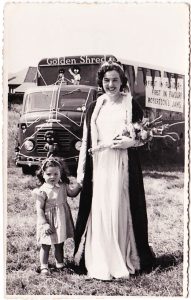 I was delighted that this immensely practical woman had taken time to celebrate the simple triumphs of her early years. She was of course lovely – Queen of the May in fact, in a village fete when she was 16. In a white dress my grandmother had made for her which I had heard about but never before seen.

Balance this against three Hoovers I found in the same walk-in wardrobe.

She latterly inhabited a one bedroom retirement flat yet had three upright hoovers, a handheld crumb-buster and a carpet cleaner. There were also two working toasters and two laundry irons still in boxes.

If she was preparing for Armageddon, she sure intended to go dust free and well-pressed.

In a rarely visited corner I found an old fashioned box of pins,  but inside were 97 silver three penny pieces, some old British pennies and a couple of farthings.

Most of the coins were tiny (except for huge old pennies, bizarrely) but I knew there were 97 as they were painstakingly wrapped like sweeties, with the number and dates. Most were at least 100 years old, on the paper.

I also found notes stuck on things all around the house. My personal favorite was a post-it saying “I don’t know what this is but I think I should keep it.”

I didn’t know what it was either so it went. And that’s the thing, isn’t it? The owner isn’t here to tell you what is valuable in their personal effects, either in sentimental or monetary terms. That’s the hardest bit of dismantling a life – it feels so disrespectful, even dismissive.

We all know we turn into our parents, one way or another, but I made the mistake of trying on a few of mum’s jackets. We’ve always had very different taste in clothes but I still came home with three anoraks which were officially “too good to give away.”

Fortunately, I recognized the look in my partner’s eyes when I showed off my acquisitions and suffice to say, the anoraks went to the charity shop after all.

Actually, this is not strictly true, as the rather fetching teal one is concealed at the back of my coat rack since it seems I have surprisingly morphed into someone who now considers smart, old lady anoraks a good thing….

Thank heavens her feet were larger than mine or the conversion might be complete.

There was “stuff” everywhere. In corners and hidden drawers; in cases and boxes. This has been a mammoth job, but one I chose to do myself. I rejected almost all help offered as I had been her chief support mechanism for many years. If anyone was going to dispose of the final trappings of my mother’s long life, it was me.

Among the boxes of old cutlery, bowling trophies for my late father,  five full cans of car de-icer and the requisite number of Doulton figurines, there was one carefully folded note that I was clearly intended to find, written some time ago and thanking her daughter “for years of love and kindness.”

I closed the door on mum’s apartment finally last night and I’m glad the task is done, as it’s driven me nuts, but it was a final act of love for my mother.

And by the way, does anyone need an old bowling trophy?

What To Say When Someone Is Dying

How to Get Along with Your Adult Daughter

What To Know About Caring for An Aging Loved One

How to Plan the Perfect Girlfriends’ Getaway