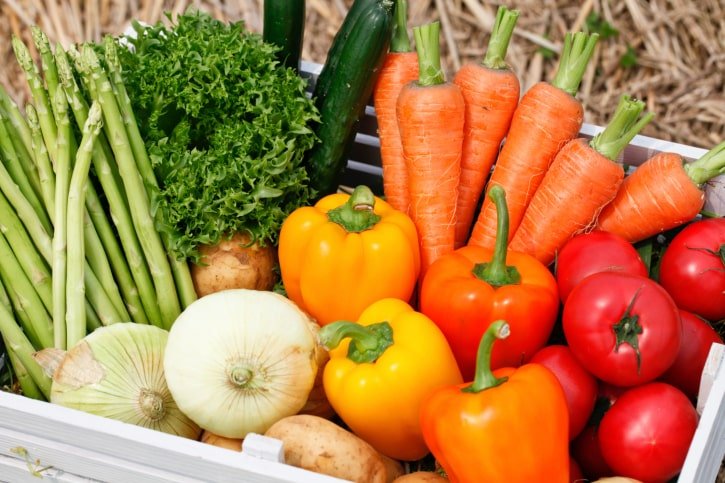 Let me start off by saying I am not a doctor or a dietitian. I had one class in nutrition in college, which hardly qualifies me to recommend any eating program, much less a 5 day fast. However, I’ve always had a keen interest in nutrition and diet, and particularly, the effects of diet on health and well-being. I wrote a paper for a graduate-level class in bioethics on the pursuit of longevity by scientists around the world. Interestingly, the only proven method of extending life that scientists had discovered so far was fairly extreme fasting. Since most of us would rather live shorter lives than go hungry 24/7, the focus of many researchers has been on how to mimic the effects of fasting on the body without the long-term food deprivation.

One team of researchers I ran across while writing my paper was at the University of Southern California (USC). At the USC Longevity Institute, they were working on dieting regimens that could trigger the same reaction in the body as fasting did. When they released a news story that got a 30-second mention on Good Morning America, it immediately caught my attention. I followed up with a Google search and found more extensive articles on their findings.

The study, which was published in the journal Cell Metabolism and funded by the National Institute on Aging, reported that participants who fasted for just five days a month for three months experienced a range of benefits such as, slowing down aging, boosting the immune system and cutting the risk of heart disease and cancer. Impressive, but keep in mind it was a very small number of participants – only 19. Still, it was so promising that the team at USC were seeking to get approval from the Food and Drug Administration so that the eating plan could be recommended for patients.

Unfortunately, there were very few details about what the diet actually consisted of other than, as GMA reported, participants snacked on health nut bars, vegetable soup and chamomile tea. One article that did give a few more details than most appeared in The Telegraph in the UK. This article gave the nutritional breakdown, so knowing it was a very low protein and almost equal in fats and carbs, I set out to come up with an eating program for five days that would follow those guidelines: 10% Protein, 45% Fat, 45% Carbs (or thereabout).*

1 Kind Bar 200 calories 16 g of fat/15 g of carbs/6 g of protein (different varieties have different fat/carb/protein combinations so be sure to check the label) Caramel Almond & Sea Salt is excellent! You can purchase this product through Amazon. 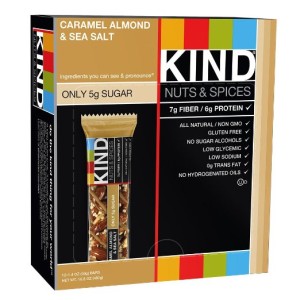 1 serving of Garden Vegetable Soup (you can purchase vegetable soup but check the label, should be approximately 255 calories, 12 grams of fat/6 grams of protein/33 grams of carbs – most don’t have enough calories or fat per serving so you may need to add a little avocado if you don’t choose to make your own).

2 to 3 cups of chopped mixed vegetables sauteed until tender in 2/3 tablespoon of olive oil or coconut oil, season with any spices – I like Greek Seasonings. Use any combination of veggies you like but the calorie count for the vegetables should be approximately 190 calories. The finer you chop the veggies, the more of the oil they absorb and the better they taste! 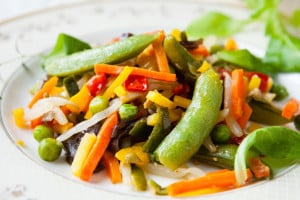 *You’ll notice that the article reports more calories allowed on the first day of the diet – 1,090 with a higher fat percentage. You could mimic by adding a half of an avocado for lunch in addition to the soup on the first day of the diet. One other item you may want to add on day two through five is an energy drink that can replace electrolytes your body is losing on the restricted calories. Powerade Zero is a good choice.

My husband, who is considerably overweight, and I started following this plan right after the study came out. We followed the program for seven months. So what were the results?

How did this affect my weight?

Sadly, my weight was exactly the same. But keep in mind I already weigh what doctors recommend for my height. I think I could easily lose 5 pounds and look better, but hard to do at this age. Read Why Postmenopausal Women Can’t Lose Weight to understand why it’s so hard to lose weight.

The reason I continued with the 5 day fast plan is two-fold. First, it does allow me to indulge a bit during the 25 days I’m eating normally. Second, and more importantly, if the diet achieved any of the results that the USC diet did for its 19 participants, it would be worth it. I am particularly interested in lowering inflammation in the body as I have an autoimmune disease.

He lost 12 lbs. over the first three months of the program – a great result for him. He does not lose weight easily as most men do. And for the most part, he kept that 12 lbs. off. His weight did go up a few pounds in between the 5 day fast and 25 days of normal eating, but it dropped back again easily. Exercise played the biggest role in his early weight loss. The plus side for him is not as much the lost weight as it is the potential to reduce his risk for a heart attack. I say potential because the small study size does not warrant a great deal of confidence and my modified fast may not be close enough to the actual plan to get any results.

There are some other added benefits of the program. If you are not big on eating vegetables, you might learn to love them after eating them for five days in large quantities, as my husband has. You may also find the diet a good way to kick off a new eating plan for long term weight loss. There are studies that show people losing weight quickly upfront tend to be more successful long term.

I do want to clarify that my version was not authorized by Dr. Longo or his associates at USC. They have a large team with expertise in different aspects of health, nutrition and aging, and they have developed a specific package of prepared foods and micronutrients, intended to be administered under a doctor’s supervision. The package is now available as a kit from L-Nutra Corp.

Footnote: I wrote this article over three years ago. Since then, I’ve become very interested in the effects of fasting on weight loss, but, more importantly, around health and longevity. In developing our own weight loss program for Prime Women, we have used the science from USC and many others to create PLATE where intermittent fasting is a major factor in the program. Read more about PLATE in this article, Losing Postmenopausal Weight: There’s An App for That! Now available in an app on Apple or Android.

This article is for informational purposes only and is not intended to diagnose, treat, cure, or prevent any disease, and is not a substitute for medical advice. Consult your doctor before starting this eating program.

How To Boost Serotonin Naturally

5 Top Nut Butters: Which is the Best?

Which Fruits Have the Most Sugar? Check Out the Top 5.

Staying Fit and Festive During the Holidays

PLATE Weight Management Program: as Easy as an Acronym

The Optavia Diet: Does it Work?

How To Boost Serotonin Naturally

5 Top Nut Butters: Which is the Best?