Have you noticed spots forming on your skin? Some are flat and brown, while others feel rough and sometimes itch. Some are pink, some look grey or even black, and some even look like warts.

Congratulations, your skin is informing you that you are officially a prime woman. Every woman over 50 has these spots. One of my patients calls them her “old lady spots,” but the official term is a seborrheic keratosis (seb-o-REE-ik ker-uh-TOE-sis), commonly abbreviated as an ‘SK.’ 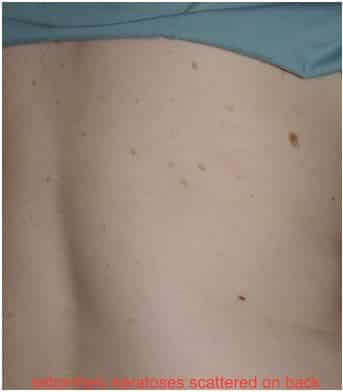 The most common skin growth associated with aging

Seborrheic keratoses are noncancerous growths found on every part of the body, including the face. Everyone over 50 has at least one and will continue to develop more throughout their lives. Some have dozens of them, and others may only have a few. No one knows why we get them with age or what causes them.

They are not dangerous and will not turn into skin cancer, although they can sometimes look like skin cancer. A dermatologist can usually tell the difference but will perform a biopsy to confirm if in doubt. They can itch and get rubbed by clothing or jewelry, and scratching or rubbing may cause them to bleed or scab. Sometimes the top will fall off, and it will appear gone. Most people just do not like the way that they look. 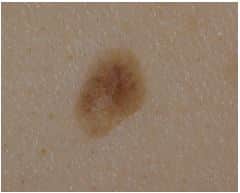 Seborrheic Keratoses cannot be prevented. However, there are several methods to remove them.

The most common way to remove them is to freeze them off with liquid nitrogen. This procedure is called cryosurgery and is performed by a dermatologist. The liquid nitrogen is sprayed on the SK, and while this procedure burns and stings, the pain is short-lived. The SK will turn red and swell over several days and then form a scab and fall off. This procedure may make your skin look discolored where the treatment was applied.

Another common method used by dermatologists is to scrape the skin’s surface to remove the SK. During a typical skin scraping, your doctor will numb the area and then use a scalpel blade to gently remove the growth. This method is occasionally combined with cryosurgery or electrocautery to treat various Seborrheic Keratoses.

Electrocautery is the process of burning off the SK with an electric current. As with the other methods, your doctor will begin by numbing the area, and they’ll then use an electric current to destroy the SK. Note that this method can leave scarring and often takes longer than other options. 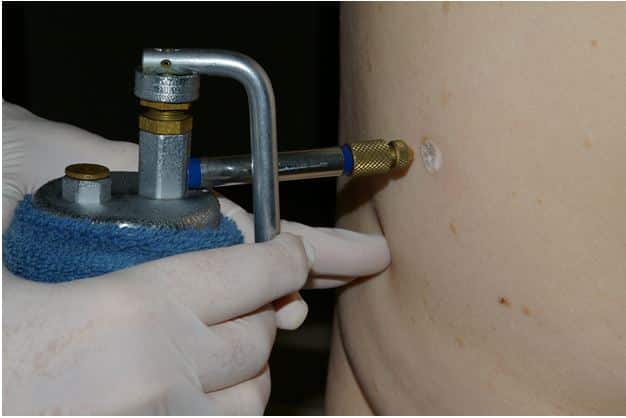 Here is the problem: they can grow back, and new ones continue to crop up. Therefore, it is impractical and unrealistic to expect all of them to be removed, especially if they are located on the trunk and legs. I am typically asked to remove them from the face for cosmetic reasons, and patients who are prone to them will come in every few years to have them treated.

I’ve found that the fall and winter are a preferred time to treat them on the body because they look bad before looking better, and it takes time to heal. Since we are wearing turtle necks, long sleeves, and pants during winter, we can cover up any wounds while they heal.

Don’t despair over Seborrheic Keratoses, everyone gets them, and they are just a normal part of aging. As my patients like to say, growing older and learning to deal with the process beats the alternative! Who knows, maybe a year from now I will be able to tell you about a new cream or pill that makes them disappear, but until then, stay informed and be your best!

The Skinny On Fat Grafting

Improve Your Skin With IPL Treatment

Microdermabrasion Vs. Chemical Peel: Which Is Better?

Can FasciaBlaster Help With Pain and Cellulite?