Morals and Manners at the Manor House: Visit London During “The Season” - Prime Women | An Online Magazine

Morals and Manners at the Manor House: Visit London During “The Season” 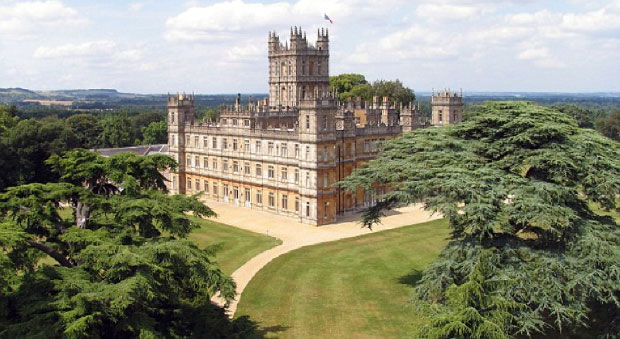 Like the appeal of champagne and strawberries, our fascination with British aristocracy is romantic and infinite. We love reading about, hearing about, and seeing Lords and Ladies. So it is that for the last four years, every January, the PBS television series Downton Abbey has us gleefully glued to television sets on Sunday nights to find out what scrapes of morals and manners our favorite characters will get into next. The make-believe Downton is set at the real and active Highclere Castle in Hampshire, not too far from London. Since the weather outside is frightful this time of year, there’s no better time to enjoy the show. But, if you want to visit London and experience the atmosphere first hand, the spring and early summer are the best of all times. That’s when even travelers from the United States can experience “The Season,” a tradition of festivities that started in the 17th century among the royals and aristocracy. The high and mighty flooded into their London townhouses from their country residences to attend an array of events. The tradition continues today. 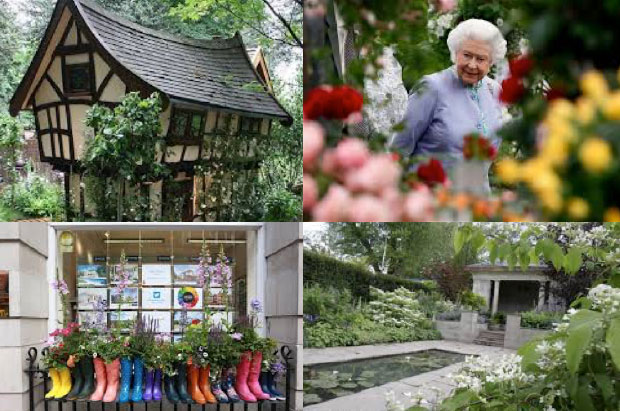 This most social of times begins in April. Highlights include the Chelsea Flower Show, the Royal Ascot horse races, the Henley Royal regatta, and tennis at Wimbledon, along with other sporting, cultural, and social events. You don’t have to be an Earl to attend many of the events; as, these days, quite a few are open to the public – provided you are willing to buy a ticket and don the proper attire. You might even catch a glimpse of her Majesty, The Queen.

During this special time of year, crowd watching is as big a spectator sport as the events themselves. A few years ago, I was at the Royal Winsor Horse Show during The Season, prancing around the grounds of Windsor Castle along with a variety of dignitaries and beautiful show horses. Film stars, royals, and other celebrities abound. Of course, catching a glimpse of royals Kate and William is the crown jewel of royal watching these days. You might run into them, Judy Dench, or Kevin Spacey at new and hot restaurants such as Mayfair’s Kitty Fisher’s Wood Grill, named after the infamous 18th century courtesan, or The Ivy Market Grill at Covent Garden. Note: At press time, big brother and celebrity fave The Ivy was closed for renovations.

As for places to hang your hat and gloves while in town, the five-star Goring, where Kate Middleton spent the night before her wedding, is a favorite among London insiders. It holds a treasure chest of awards for décor, service, and authenticity. London abounds in wonderful places to stay. A little less pricey yet traditional choice is The Capital, which is around the corner from Harrods. I’ve enjoyed delicious dinners there; and no matter how many times I’ve been to London, Harrods is a required stop. Oddly, I’d never been to Selfridge’s. Since another PBS Masterpiece drama is based on the history of Selfridges, this historic department store is high on my list. Finally, for those who’d like a hotel experience that is a more London Twiggy than traditional, we highly recommend The Charlotte Street Hotel in the theater district.

Before I continue, let me introduce myself to you: entrepreneur, traveler, consultant, university professor, and passionate reader. A few years ago, when my mother passed away, I inherited management of the award-winning luxury travel company – All Aboard Travel. We are highly selective about the hotels, companies, and guides we recommend. Several on our staff have been travel advisors for 30 year or more. 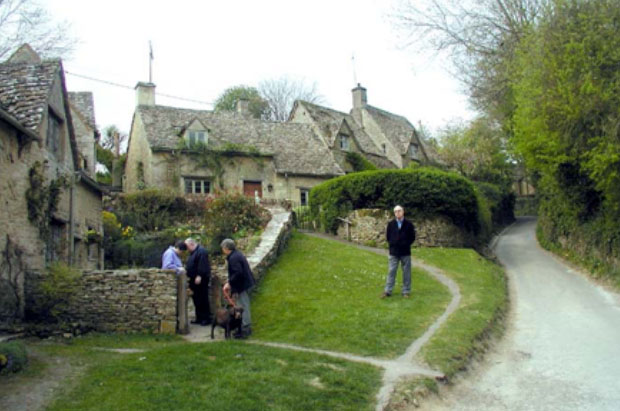 To escape the hustle of London, the Cotswold is one of the first we recommend, an area of enormous charm, bucolic scenery, and rolling hills. This is where the fictional town around Downton Abbey is filmed (not in Northern York where the show is set.) Visiting Highclere is another good choice. This is where the real Earl and Countess Carnarvon live. A longstanding friend of the Carnarvon family, Julian Fellowes wrote Downton Abbey with Highclere in mind. He based many of the characters on real people and situations he was familiar with. 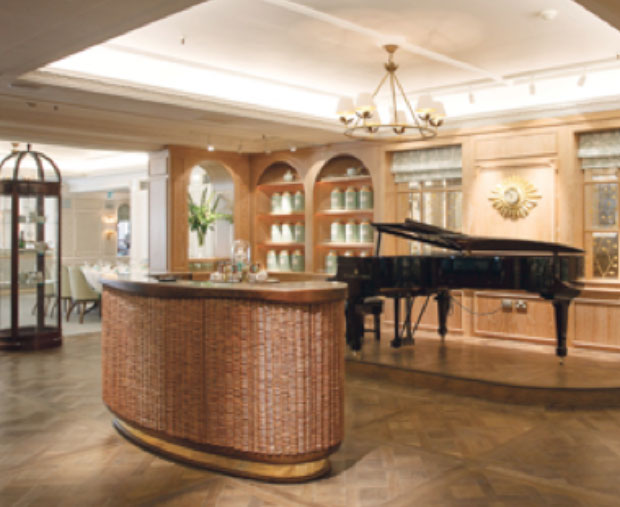 Entrance to Tea Salon at Fortnum and Mason

This May 2015, All Aboard Travel, is hosting an extraordinary seven-night trip with unprecedented access to those who’d enjoy many of the things mentioned above and more. Besides staying at the Goring in London, our guests will visit the Chelsea Flower Show with a special in-the-know escort. They will visit Kensington Palace (where Prince Harry, Kate, and William all live) for a champagne reception. Another day, our limited group will have tea at Fortnum and Mason to meet Jessica Fellowes, the niece of author Julian Fellowes and an author in her own right. 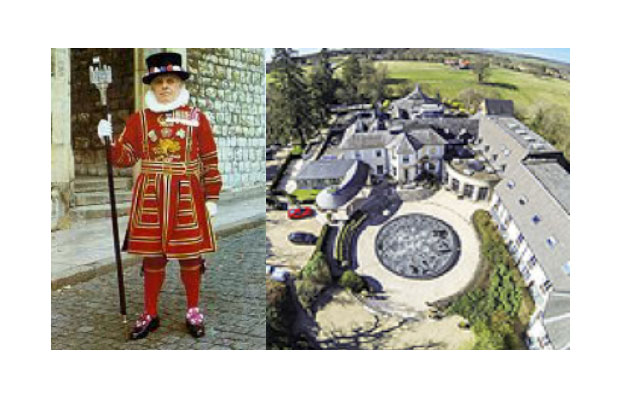 The famed Beefeater guards will greet our travelers for a private viewing of the Crown Jewels and breakfast at the Tower of London. After the London festivities, the group will head to the Cotswold to spend several nights at the five-star Vineyard Hotel. The last few days and highlight will be a cocktail party at Highclere followed by a dinner with Alistair Bruce, Downton’s official historian and a member of the peerage. If you are interested in this special trip, call immediately 214-521-8444 as there are just a few spaces left. 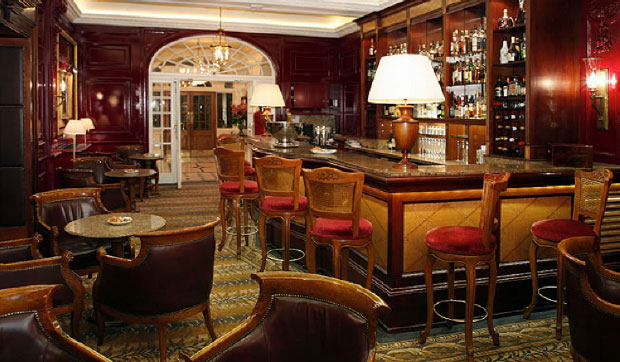 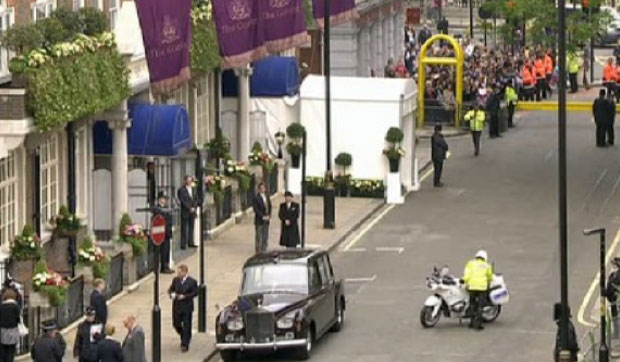 Outside The Goring before Kate married William

Either I, our staff, or one of our clients has stayed at these hotels within the last year. We are constantly getting updates and feedback from our clients. There are several hotels, for example, I might have put on this short list a year ago that I will not include today because of bad reports.

We have huge lists of restaurants for our clients. In this article, I’ve mentioned the following new entries along with the restaurants at The Capital Grill

Sightseeing (in May) Of course, the list is endless.

·       Sporting events associated with The Season

The larger department stores will give you an extraordinary selection and provide a great overview for time-limited travelers. I still wear a ski jacket I bought at Harrod’s 20 years ago, and people still comment favorably on it.

From Susie Wong to Batman, Eating on the Streets of Hong Kong

A Weekend Romp in Pasadena

The Giraffe Women, Temples, and Silks - Travel in Thailand