From Susie Wong to Batman, Eating on the Streets of Hong Kong - Prime Women Magazine

From Susie Wong to Batman, Eating on the Streets of Hong Kong

On my recent virgin trip to Hong Kong, I didn’t have a minute to waste. With oodles of business meetings scheduled, time was limited to experience as much variety as possible. Tasting my way through this doorway to China was a priority. Putting aside for now the gourmet meals I also experienced, my smartest decision was to hire an expert.

Rebecca, a Hong-Kong native and former restaurateur, now with Abercrombie & Kent, whisked my friends and me through a culinary tour of  Hong Kong Island, showing us how to sample the best of street food, local customs, and culture. 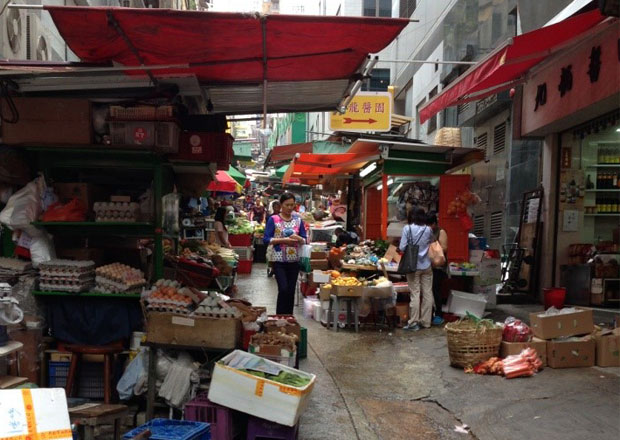 This photo is in the middle of the city and is typical of the pedestrian food markets. The street traverses up a hill. Much of Hong Kong is built on hills.

After hiking up a hillside farmer’s market, not far from Hollywood Road, our first stop was at a non-descript spot to sample the classic breakfast and comfort food – congee. A mushed-rice porridge, congee can include pork, squid, seafood, and veggies. Hang over? Hard night? The local solution to discomfort or illness is congee. Being mostly rice and water, it makes sense. To my personal tastes, even the texture of oatmeal is not to my liking, so oatmeal-ish food with squid for breakfast would not be high on my list. Regardless, I was there to experience; and so I did. The congee rice is cooked until it literally falls apart in water. 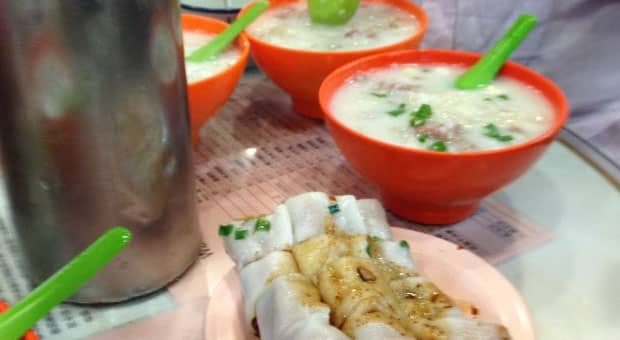 Fresh morning (or afternoon or evening) congee with seafood and house dumplings.

My impression? It was somewhat bland and “ok,” but I wouldn’t go out of my way to eat it again. Varieties of congee are served throughout Asia. I was glad to have an introduction. 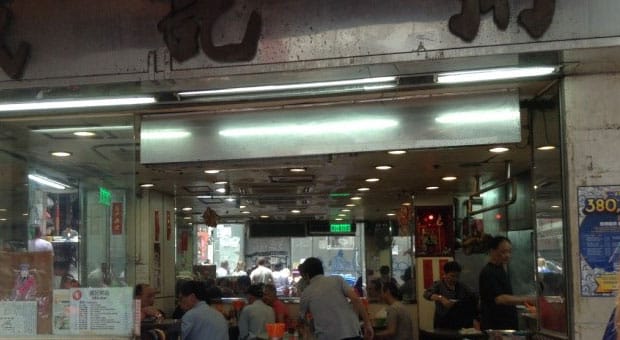 Mostly, I loved hearing about the owners of the stand where we stopped, how the family had been there for more than 75 years. I enjoyed watching them make it and the pleasure they took in serving us. 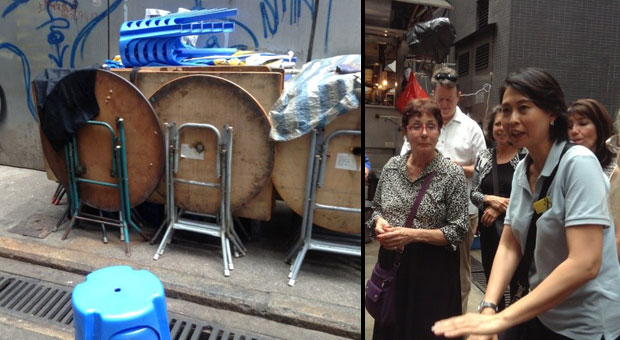 Our guide pointed out the blue bucket-like stools outside the eating spot’s well-traveled alley-way. During the lunch-rush, women and men from nearby banks plop themselves down, in their elegant Hong-Kong suits, sitting atop the buckets to slurp bowls of it. No photograph can completely capture the hustle and bustle of Hong Kong, but imagining women in their Prada shoes and men in their Gucci loafers sitting on these blue buckets is bound to put a smile on your face. They take it all in stride, literally.

We noticed the unusual coloration of the many eggs displayed in the markets. We learned these are the famous fermented “1000-year-old eggs” which come from chicken. Our guide also introduced us to a favored snack food: fried fish skins crunched on like Texans eat Doritos. 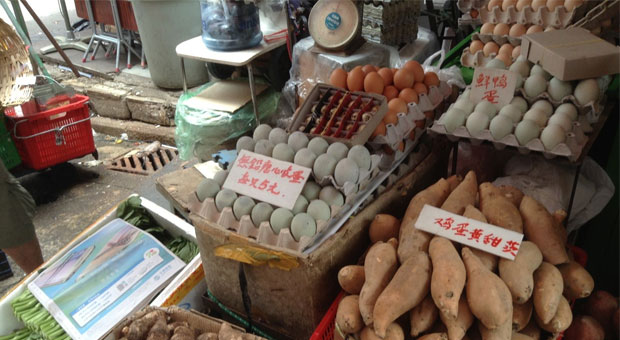 The greenish-tinged 1000-year old eggs (not really that old), prepared using a fermentation method, that preserves them, changes the consistency, and taste. They are considered a special treat and delicacy. 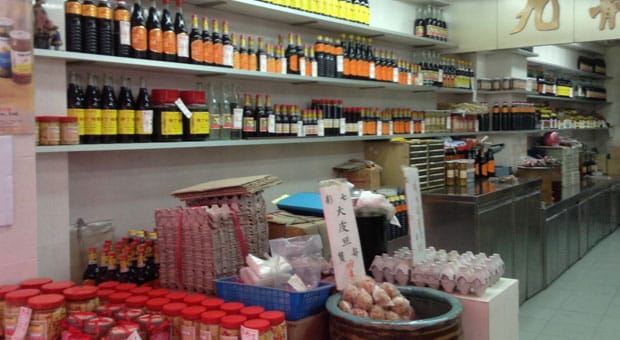 One of the most famous artisanal condiment shops. People come from all over Hong Kong to stock up.

A few turns further away and up a hill, we drank coffee on another colorful back street – meaning streets where cars and trucks don’t have room to travel. This street was where scenes from the 2008 action film The Dark Knight , an award-winning Batman movie were filmed. Much of the film’s plot dealt with Hong Kong. I later realized that many scenes were also filmed near the Mandarin Oriental Hotel where I was staying.

Iconic Hong Kong sky scrapers surrounded the streets near my hotel, but along the crowded pedestrian streets we traveled, space was so tight, the sky scrapers were hardly visible in the small patches of sky. They seemed to belong to another world. We enjoyed barbecued pork and Peking duck a few shops on the street where Morgan Freeman is featured in the film. 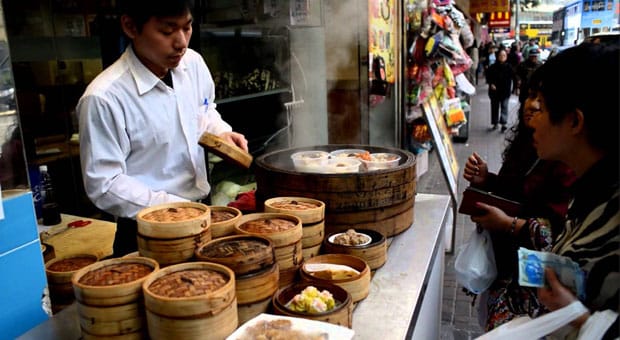 After a stop to sample traditional egg custard tarts, a vestige of British occupation, we headed now affluent to the Wan Chai district, made famous to Americans through the 1960ies film The World of Susie Wong, about an American sailor and beautiful prostitute. Wan Chai remains popular for its nightlife.

We found famous fish balls on the street were Susie Wong once plied her trade. Finally, we finished with the Chinese version of a sweet waffle. Called “Little Eggs,” this treat is one I enjoy at dim sum restaurants in the Dallas-area. It was a treat to enjoy the “real thing” in Hong Kong.

In between all these samplings mentioned were four, five, or was it six different kinds of dumpling and noodle stops. By the time the three hour tour was over, I felt like a puffer fish looks.

I only had a few hours before I was due for tea in Kowloon at the legendary Peninsula, but that’s another story.

A Weekend Romp in Pasadena

The Giraffe Women, Temples, and Silks - Travel in Thailand

Morals and Manners at the Manor House: Visit London During “The Season”