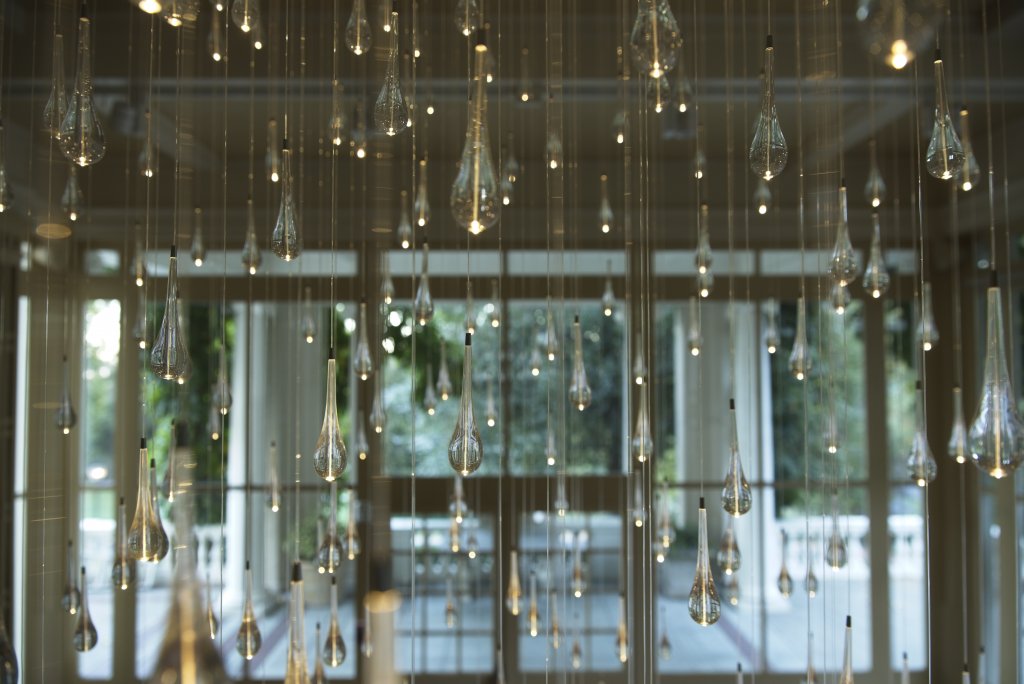 Artist With a Light Heart

If you are traveling to Silicon Valley this winter, the Montalvo Arts Center in Saratoga is showing us its light side – and its most ambitious – compliments of the British artist Bruce Munro. The artist brings his internationally-acclaimed illuminated artworks to the historic estate and villa in the exhibition Bruce Munro at Montalvo: Stories in Light, on view from October 28, 2018 to March 17, 2019. 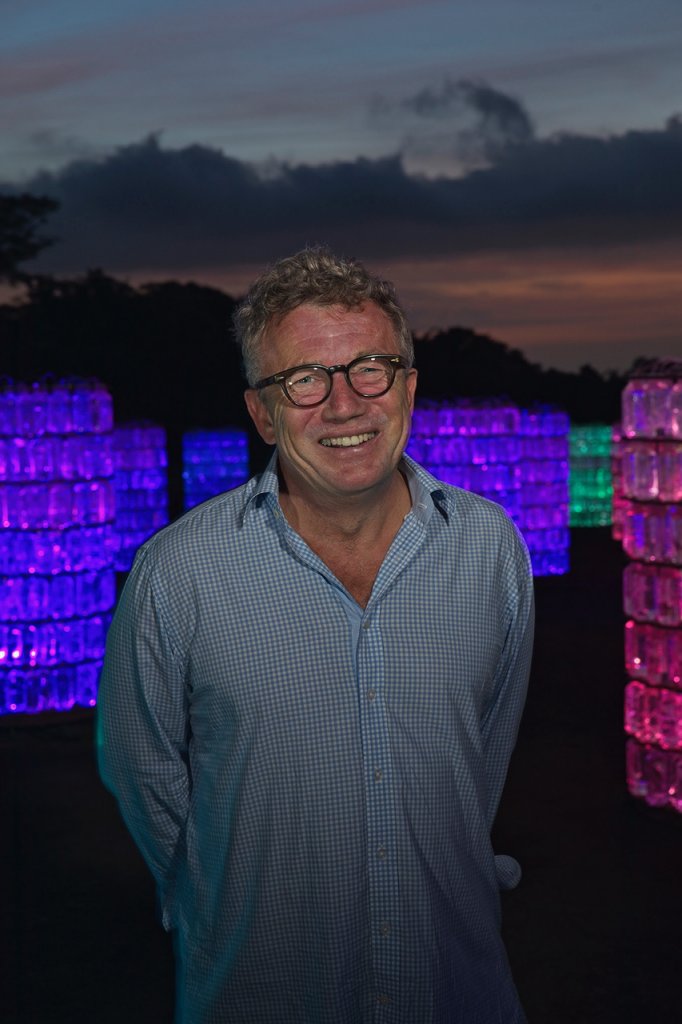 The exhibition has been three years in planning and features 10 dazzling and glorious installations spread throughout the grounds and landmark 1912 mansion built by California senator James Phelan. It began in earnest when Munro visited the property in early 2016. The artist’s reaction to Montalvo was immediate, inspired by the fantastic quality of the large trees and charming Spanish-style villa, and brought to mind a literary association from his childhood, a feeling that he had stepped into the Chronicles of Narnia, by C.S. Lewis.

“I felt a shiver down my spine when I first visited.” he recalls, “the sunlit lawns and quiet shadows of the house were a déjà vu moment, reminiscent of the Magician’s house that features in The Voyage of the Dawn Treader. As I rounded the corner of the house I came upon a magnificent stained glass window depicting a sailing ship, which I knew must be the Dawn Treader itself.“

For those unfamiliar with that C.S. Lewis story, the Dawn Treader is a ship that takes King Caspian and the three child heroes of the saga towards the lion Aslan’s country at the End of the World. 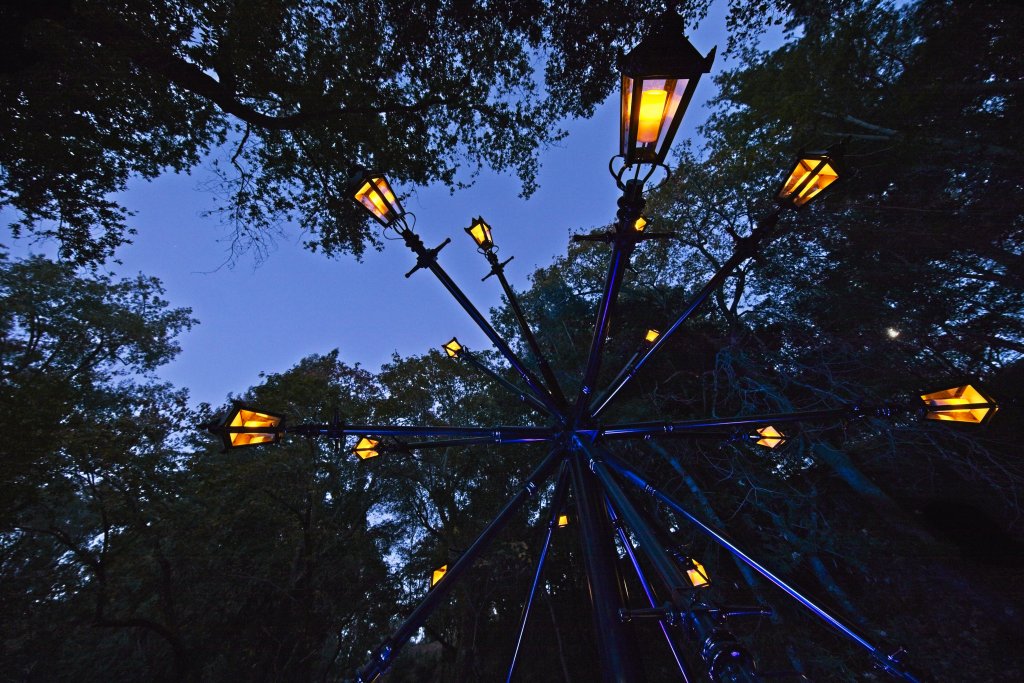 Its centerpiece, filling Montalvo Arts Center’s massive lawn, is Silver Sea, 2018, composed of over 6000 stemmed bulbs shimmering with the soft illusion of movement, a reference to one of the adventures of the Narnian world, a journey from the saltwater sea to a freshwater sea of lilies. 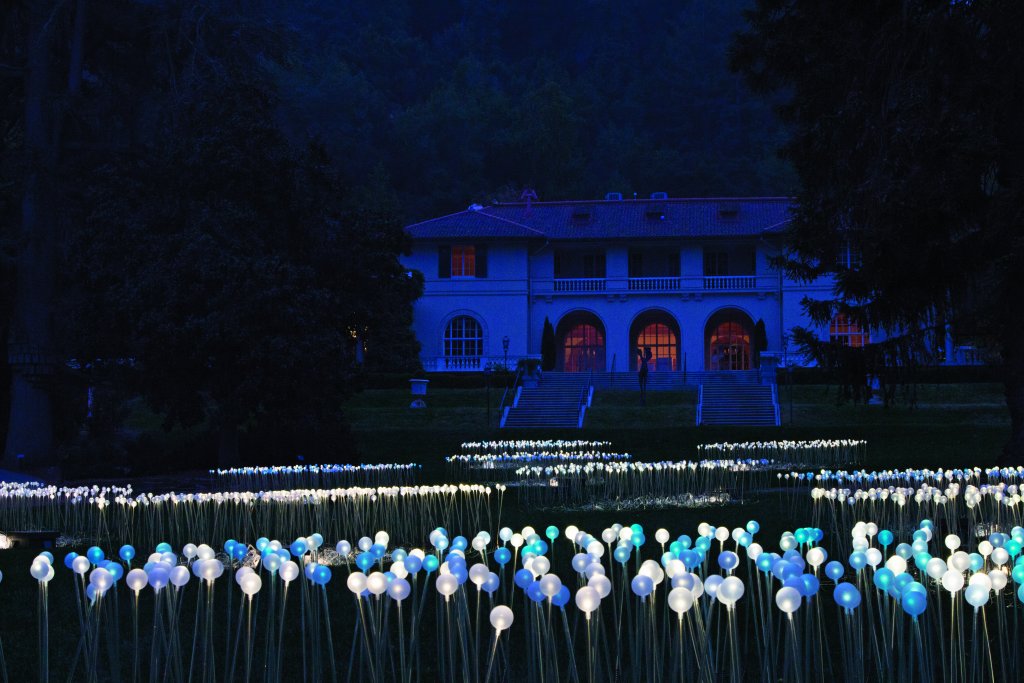 And perhaps the most mystical is Reepicheep’s Wave, 2018, based on the deeds of a valiant Mouse in the Chronicles: a 20-foot-tall wave using 16 miles of fiber optic threads and 18,000 vacuum-cast plastic mussel shells. It is accompanied by a soundtrack, called by the artist an “auditory trompe l’oeil,” that ominously increases in a circular pitch, heightening the sense that this frozen wave may at any moment crash. 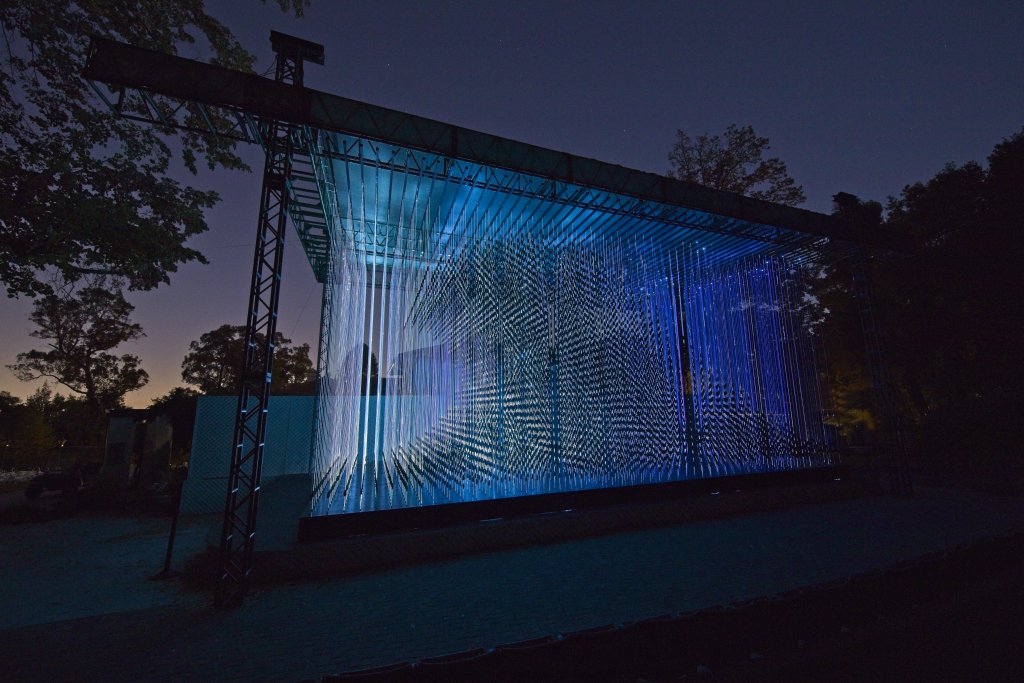 However, the artist says that it’s not necessary for visitors to have read the books in order to appreciate his light installations. “In its largest sense,” he said, “my art is about optimism, my greatest hope is for people to enjoy it. These are divided times and if I can bring a smile to someone’s face and have them go away with a happy heart, my hopes have been fulfilled.”

Munro was born in London and trained as a painter, but ultimately became disappointed by his work in that medium. As a young man he left England for a six-month holiday in Australia which then became eight years away. While there, he took various jobs, many of which utilized his creativity and many not. But he came upon an ultraviolet plastic whose properties delighted him, and as he explored its properties, originally for signage, his journey in experimenting with light began.

But it was a friend’s chance comment that truly solidified his path. Munro explains, “a friend of mine in Australia told me that I had a ‘butterfly mind,’ meaning that I flitted from one subject to another without lighting very long. It was true enough and in keeping with my childhood of being labelled a daydreamer, but in this case it stung. I decided to work in light because I felt that I needed focus. I thought that by working in a medium that was very pure and true I could express lots of different ideas that filled in my head and there would be a consistency.”

Dates and times: The exhibit runs from October 28 through March 17, 2019. It is open on Tuesdays, Wednesdays, and Sundays from 6:00 to 9:30 PM and on select additional evenings, especially during the holidays.

Tickets: Priced from $20-$27. Admission tickets will be sold for specific days and times. For a complete schedule and to reserve tickets, visit the Montalvo Arts Center website.

Parking: Those attending the exhibit should park at West Valley College, 14000 Fruitvale Ave., Saratoga, and catch a free shuttle to the exhibition.