Tips for Living with a High Functioning Autistic Child

Living with a child diagnosed with high functioning autism is quite an adventure into personal “character building.” You must grow with your child, change, adapt and as they do…think outside the box.

From personal experience over 11 years of a fine young man’s struggles and growth, this article is a sharing of experiences that have worked in our family. Early in his development, he was such a happy boy. However, we observed that occasionally when stressful situations or loud noises occurred around him, he would get very distressed. We several times saw his eyes start to roll back.

Normal time outs and standard boundary discipline did not work, just made him angrier.

As he grew older into a toddler, he would go from a happy child instantly to impressive tantrums of anger. He did not want to be held or even touched. Normal time outs and standard boundary discipline did not work, just made him angrier. He would have to wear himself out, usually go to sleep, but then would be fine again.

By five and six, he did not want to be touched unless he initiated it. It was difficult for him to say the standard “love you” or thank you or even please. When pressed about boundaries he would often fly into a rage. Every parent or family who have experienced similar situations with their child can tell you how stressful and challenging it is to deal with. You just feel helpless to reach your child. 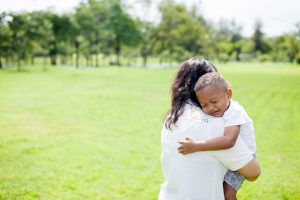 One of the methods that worked over time is when he was in an uncontrollable rage was hug therapy. Hugging him/her tight, refusing to be pushed away, talking or singing softly and telling the child how much he/she is loved really worked over time for us. It helped our boy to know he was loved and to learn to accept love.

Ages 5-7 with a loss in the family of his grandfather who was his mainstay and other family stresses further aggravated his behavior. Our small family dynamic was ruled by his moods and behavior. By 7-8 he was diagnosed with high functioning autism. The prognosis was medication, and finding a therapist to work with him.

The first therapist who saw him said he had a “lizard” brain and would never be okay, would be a hoodlum or worse.

The medication gave us some relief, but it would work for a week or two then need to be increased. He was living in a drugged state. This was not acceptable. The first therapist who saw him said he had a “lizard” brain and would never be okay, would be a hoodlum or worse. After his mother quit laughing, she said goodbye to that therapist. She hunted and was put on a waiting list for a Christian therapist. In the meantime, we slowly decreased the medication and increased natural vitamins and unprocessed food. He got better but as he got older and bigger, the outbursts, when they happened, became harder to deal with.

Thinking Outside the Box

His mother held him back a year from starting school to give his social skills more time to develop. Intellectually he was and is very advanced. He was beginning to read at 2-3 years old until he decided, due to changes in his life at that time, to stop. He did not read until 1st grade then advanced quickly to top of the class. He currently is in advanced classes in both math and reading. His teachers from all grades have commented on his unique ability to think “out of the box” and to show and explain to other students.

He had a bike with training wheels, one got bent. We took the wheels off when he was 6. He refused to try to ride a bike and would not ride it again for years – until vitamins, good, natural food, and therapy took effect. Oh, and during that time, we learned more of how to react or not react. At 10, almost 11, he got his new bike of two years out, and simply, easily started riding it. Same with a scooter which he loved. It was stolen and the replacement just didn’t work for him. He was done with it. 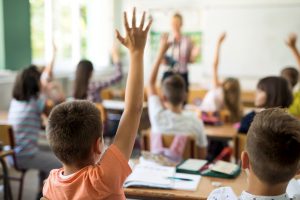 When he started school, he quickly adapted and was a model student. After being diagnosed, the teachers from several grades were very skeptical of the diagnosis as his behavior was so good in their classes. We found out from therapy that our child had learned to control himself at school and similar places but it was stored up until he got home. Home was his safe place. He could release all that pent up emotion. It was explosive. His mom wished at times he would not feel quite as “safe” with us!

An opening came for a Christian therapist and was truly a God Send to us. Our boy thought he looked like a skinny Santa and his jolly personality matched the look. Our child found someone who “heard” him, would listen and listen and listen while he ran on and on and on.

High functioning autistic children have amazing intellect, are totally consumed with a subject or object, or food, or game…until they’re not!

They will move from food to food favorites and that is all they will accept or eat. Same with things they like to do, they are all consumed and they love to talk about what is going on in their head.

Therapy and a feed back method has worked wonders. We also learned when to enforce a boundary, and when not to. When an individual with high functioning autism is in a rage or high emotional state, they can not hear or take in what you are saying. You have to learn to walk away, not participate, not make it worse. You learn to communicate and teach when they are receptive and to recognize when that is. You learn that it is hard for an autistic child to express compassion, even love. It may be hard to accept blame or responsibility. They need experiences and to be taught how to express what they truly feel but can not show. To see they have choices of how to behave.

What Works for Us

Taking time to hear a child whose mind and often mouth are running at full speed. Finding patience when you do not feel it. Learning how an autistic child’s senses are at times overwhelmingly bombarded to the point they explode emotionally. Learning how to control life stresses as much as possible and slowly expand their exposure is critical for autistic children.

Habits and schedules are important, with time and maturity, with therapy and lots of prayer and love, they naturally welcome new experiences. Putting yourself in their shoes, trying to imagine their sensory overload creates compassion instead of impatience or anger at their behavior. Spending real time doing and sharing what they like doing is critical.

Computer games, even the ones with little violence (if you can find them), over stimulate an autistic’s brain. Even if literally focused as they do, thus addicted to the action of the games, they cannot handle the stimulation. One of the best things we could do for our boy was remove the X-box. The advance in a fairly short time of maturity, ability to stay on a much more even emotional level has been extremely noticeable by us and his therapist. 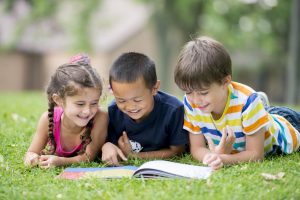 Added to that is the new interest in playing outside, new activities, new foods. He spends time on the computer watching YouTube, scientific sites, origami, a number of computer interests – without the overload of stimulation. He is reading more, playing more, interacting more with family and friends. It is amazing.

One last thing, to teach giving and receiving love, learning compassion and responsibility, we can not recommend enough exposure to pets, including but not limited to dogs or cats. We got two free chickens and he fell in love. The next year and every year since we got a few eggs and hatched them. He watched the eggs develop and some hatch into baby chicks. He helped care for them and enjoyed them as they grew. 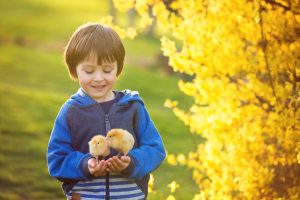 He spends hours in the chicken coop, picking up his babies and giving them “loves,” laughing at their antics, loving and taking care of them. The chicks, then chickens, have been essential to teaching him to love and care for others. Luckily, as they are bantam chickens, we are at a limit so he agrees no eggs next year. Chicks, lizards, bunnies, anything that takes their personal interest will greatly enhance any child’s life, but especially a gifted, often misunderstood autistic child.

It is a challenge, living with a loved one with high functioning autism, but never give up. Lots of patience, lots of love, and you will have the triumph and the blessings of seeing an amazing child emerge into a very fine individual.

You Really Are As Old As You Feel

How Akashic Records Can Heal Past Traumas

10 Expert-Approved Tips to Find Your Sources of Strength