Is Spring Fever giving you thoughts about escaping into a good book?

New book releases this month range from highly anticipated fiction and mystery to biographies and thrillers! To get you started, we’ve rounded up seven books to add to your reading list.

Fiction lovers will find new titles from Stephen King, the number one mystery writer, and Kazuo Ishiguro with his first novel since winning the Nobel prize for literature. You can also escape into Half Life, a biographical fiction about Marie Curie, or the Rose Code, historical fiction about women codebreakers during WWII. With the wealth of new books coming out, it’s a good time to find a sunny spot, kick back, relax, and lose yourself in another world.

Klara and The Sun Klara and the Sun takes place in the not-so-distant future where children learn via smart tablets and virtual tutors, rarely seeing anyone other than their parents.  Klara is a solar-powered Artificial Friend to a 14-year-old girl who suffers from a mysterious illness.  Klara believes that the sun is capable of not only healing humans but of providing power to Artificial Friends. This premise adds a degree of spirituality not often found in stories of artificial Intelligence. 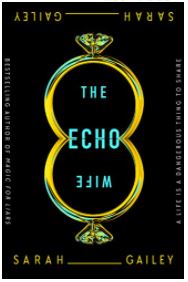 Echo Wife is a sci-fi twist to the age-old drama of the cheating husband. The genetically cloned replica of a wife is having an affair with the real wife’s husband.  When a confrontation leaves the husband dead, the two identical women need to work together to save themselves.  This unique domestic thriller leaves the reader both hopeful and afraid of potential cloning technology. 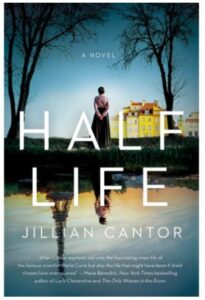 Marie Curie studied physics at the Sorbonne and changed the world by becoming the first woman to win a Nobel Prize in 1903.  Half Life creates a unique historical novel using two alternative timelines; one that explores Marie’s real-life in Paris with husband Pierre;  and the other reimagining the consequences if she had stayed in Poland with her first love, being denied opportunity and access to education. 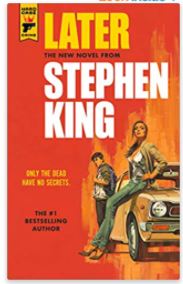 Later is a classic Stephen King novel that combines a 14-year-old boy with the ability to see ghosts still in this world with the strong elements of crime and suspense. Adults in Jamie’s life try to exploit his ability for their own personal gain, but the young boy stands up to both human evil and supernatural evil. The final scenes are the ultimate battle that tests our sense of right and wrong.  There’s also an excellent audiobook narrated by Seth Namrich. 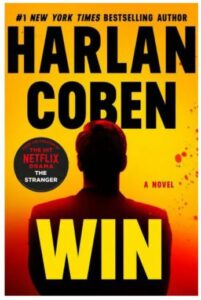 A new complex thriller by Harlan Coben, introducing Windsor Horne Lockwood III, aka. Win. A billionaire in his forties, who reeks of white privilege and has an exclusive lifestyle out of reach to almost everyone else, is a brilliant new central character. Over twenty years ago, heiress Patricia Lockwood, Win’s cousin, was abducted during a robbery of her family’s estate. For the first time in twenty years, authorities have a lead to this FBI cold case.

The Soul of a Woman 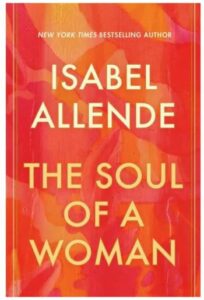 Isabel Allende was born in Peru and raised in Chile. Growing up in Latin America during the 1950s and 60s, women were seen as subordinates in all ways.  Women were victims of the time; they didn’t have a voice. Isabel was determined to fight for the women’s rights her mother couldn’t have. The Soul of a Woman goes beyond just Isabel Allende’s personal views. It also looks at the inconsistencies of today. 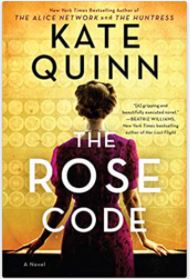 The Rose Code tells the story of three very different women who work as code-breakers at Bletchley Park during World War II who must later ferret out the traitor who once operated among them. Alternating between 1947 and the earlier timeline in 1940, The Rose Code contains fascinating details about Bletchley Park and the many unique individuals who worked there during the war. Don’t miss the Author’s Note at the end of the book!

Books are a wonderful way to lose yourself in an unfamiliar place and go on different adventures. You feel you become the characters and live the experience, and with the seven books listed here, you’ve got quite a variety of places to go. Happy reading!