PrimeWomen.com is excited to be giving away A PAIR OF SHOES EACH WEEK FOR 8 WEEKS. Not just any shoes, but the stylish, yet supremely comfortable Adrian Allen shoes.

Easy! Subscribers to Prime Women are automatically entered. Become a subscriber for our weekly eblasts by completing the field to the right (or below on mobile). Don’t want to subscribe? You can enter by sending a note with your name and email address to:

There is no purchase necessary to win. Winners will be selected at random and announced each Thursday starting September 13, 2018 and ending November 1, 2018. Winners will be notified via email.

1 LUCKY WINNER EACH WEEK!
If you win, you will select the size and style of your choice from the Adrian Allen collection, with each pair valued between $250 and $295. 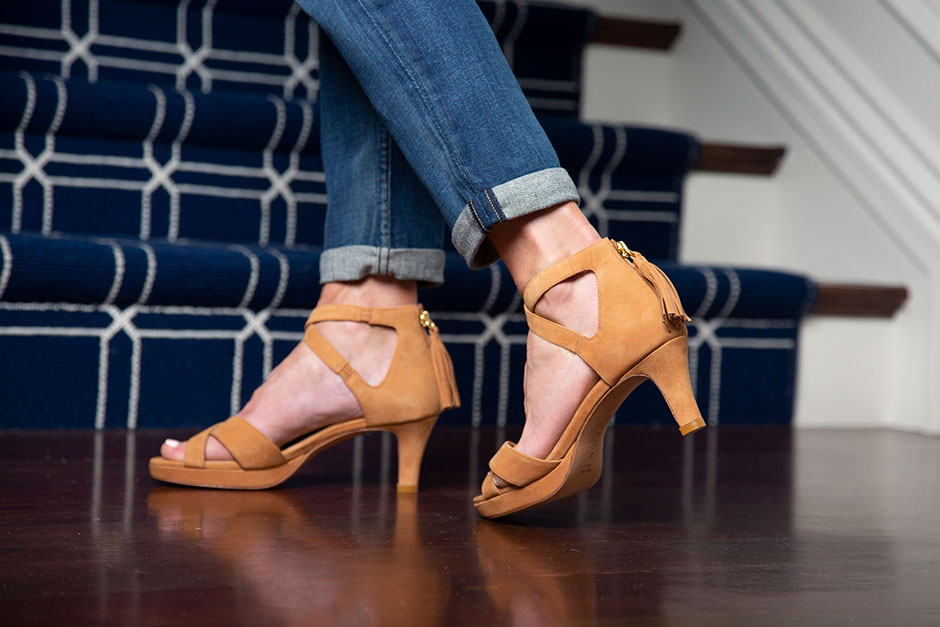 1. Description. The Prime Women Great Shoe Giveaway (the “Contest”) begins at 12:00 am ET on August 5, 2018, and ends at 11:59 pm ET on November 22, 2018 (the “Contest Period”). By participating in the Contest, participants unconditionally accept and agree to comply with and abide by these Official Rules and the decisions of Prime Women, a dba of Women in Their Prime LLC, which shall be final and binding in all respects. Receipt of a prize is contingent upon fulfilling all requirements set forth herein.

2. Eligibility. NO PURCHASE NECESSARY. Must be 18 years or older at the time of entry and a legal resident of the fifty (50) United States (including the District of Columbia). Employees, officers, and directors of Sponsor, their respective parents, subsidiaries, and agents, as well as the immediate family (defined as parents, spouses, children, siblings, and grandparents) and household members of each such employee, officer, and director are not eligible. Void where prohibited by law. All federal, state and local laws, rules and regulations apply.

3. How to Enter. If you do not wish to subscribe to PrimeWomen.com to be automatically entered, individuals may submit their name and email address to the following address via USPS for inclusion in the drawings. LIMIT ONE (1) ENTRY PER PERSON. Any attempt to obtain more than the stated number of entries by using multiple/different email addresses, identities, subscriptions, or any other methods will void all of an entrant’s entries and that entrant will be disqualified. Use of any automated system to participate is prohibited and will result in disqualification.

Entries become the exclusive property of Sponsor and will not be acknowledged or returned. By entering the Contest, you grant Sponsor the right to use your name and likeness for any purpose, including, but not limited to, advertising or promotion of Sponsor and its goods or services, all without further consent from or payment to you.

4. Winner Selection. Eight winners will be selected in random drawings conducted on each consecutive Wednesday beginning September 12, 2018 and end October 31, 2018, from among all eligible entries during the Contest Period. Odds of winning a prize depend on number of eligible entries received. Prize winners will be notified by e-mail, and may be required to complete and return an eligibility affidavit and liability/publicity release. If a potential winner does not meet the eligibility criteria, does not fully comply with these Official Rules, or fails to sign and return the affidavit and/or release, then the potential winner forfeits the prize and an alternate winner will be selected.

5. Prizes. Eight (8): each consisting of one pair of Adrian Allen shoes in the winner’s choice of size and style currently in stock. Approximate Retail Value (“ARV”) of each prize is $250.00 – $295.00. Colors and styles may vary or be limited. Prizes are non-transferable, and may not be substituted for cash. Limit one prize per person.

6. General Conditions. Sponsor is not responsible or liable for, and entrants completely release and hold Sponsor harmless against: (a) illegible, incomplete, damaged, misdirected, stolen, late, or lost Entry Forms; (b) network, internet, or computer malfunctions or damage related to or resulting from participating in the Contest; (c) any condition caused by events beyond the control of Sponsor which may cause the Contest to be disrupted or corrupted; or (d) any injuries, losses or damages of any kind caused by the prize or resulting from acceptance or use of the prize, or from participation in the Contest. Any entrant attempting to defraud or in any way tamper with this Contest, including but not limited to using automated processes for entry, will be ineligible. If for any reason the Contest is not capable of running as originally planned, including but not limited to technical corruption or non-authorized human intervention, Sponsor in its sole discretion reserve the right to modify or cancel the Contest. CAUTION: ANY ATTEMPT BY AN ENTRANT OR ANY OTHER INDIVIDUAL TO DELIBERATELY DAMAGE ANY WEB SITE OR UNDERMINE THE LEGITIMATE OPERATION OF THE CONTEST MAY BE A VIOLATION OF CRIMINAL AND CIVIL LAWS AND SHOULD SUCH AN ATTEMPT BE MADE, SPONSOR RESERVES THE RIGHT TO PROSECUTE ANY SUCH INDIVIDUAL TO THE FULLEST EXTENT PERMITTED BY LAW.

7. Release. By receipt of any prize, winner agrees that Sponsor, its parents, subsidiaries and affiliated companies, and the agents, employees, directors and officers of these companies, are not liable whatsoever for any injuries, losses or damages of any kind resulting in whole or in part, directly or indirectly, from the acceptance, possession, use or misuse of any prize or from winner’s participation in the Contest.

9. Sponsor/Administrator. The Sponsor and Administrator of this Contest Prime Women, a dba of Women in Their Prime, 2711 Valley View Lane, Suite 101, Dallas, Texas 75234 (“Sponsor”).