Why Headlines Are a Poor Source for Investing Advice 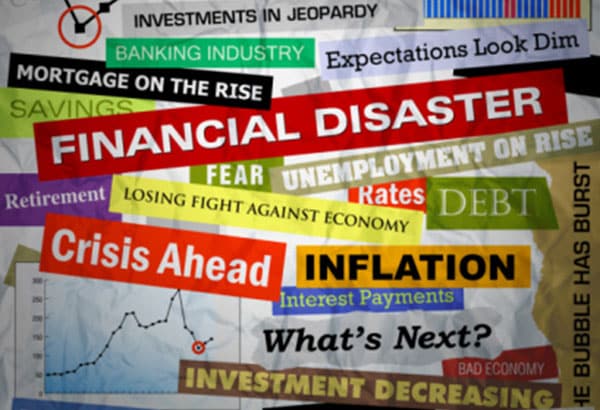 Why Headlines Are a Poor Source for Investing Advice

Headlines batter us all day and every day, invading our space via TV and radio, our computers and especially our phones and tablets, and the print media. Taken out of context and without the filter of reality, it would be easy to conclude that any number of exotic diseases, accidents, natural disasters, wars and terrorist attacks will kill us before we finish our first cup of coffee in the morning.

Thankfully, we have experience and context that allows most of us to get through the day without too much angst that the Zika virus will get us before happy hour this evening. But if you studied the news cycle of the day, you would think the biggest threats to your life were wars, terrorist attacks, plane crashes, natural disasters, Zika or Ebola.

For the sake of accuracy, the Center for Disease Control studies the most common causes of death. In 2015 in the U.S. they were, in this order:

Notice that accidents (of any and all kinds) are a distant fourth in line, and that war, terrorism, natural disasters and exotic viruses don’t make the top 10. You can find the full report here. Most of the leading causes are health related and can be mitigated by the choices and lifestyles we choose.

In similar fashion, headlines without an understanding of context can sway how we think about our investments. Here are a few examples.

Britain’s vote to exit the European Union (EU) is a current example of headlines that could shock us into changing our investment strategy because of the dire predictions of its effects on markets here and abroad.

On June 21, The Huffington Post ran this headline: “Here’s Why Top Economists Forecast Gloom If Brexit Happens.”  After the British electorate voted narrowly to leave the EU, there was a downturn in European and domestic markets. Then the markets rebounded after the initial hoopla. The British Pound did drop in value, but it has rebounded some after unexpectedly strong July retail sales in the UK after the Brexit vote.

Two months after the vote in an August 19 editorial, the Financial Times concluded that the economic impact globally was “negligible,” although the editorial cautions that the long-term ramifications are still in doubt for the UK.

The three major U.S. stock indexes (Dow Jones, NASDAQ and S&P 500) reached record highs in August after the vote. So much for the dire predictions a British vote to leave the EU would trigger a global economic disaster.

That is the simple fact of interest rates, but the bigger takeaway now is that even if the Federal Reserve raises interest rates again soon, the rates will still be low – historically low! It is doubtful that anything catastrophically bad will happen because of it. The Federal Funds Interest Rate in the United States averaged 5.86 percent from 1971 until 2016, reaching an all-time high of 20 percent in March of 1980 and a record low of 0.25 percent in December of 2008. It remained at .25 until the Fed raised it to .5 in December of last year, according to Trading Economics.com.

So if the Fed decides to raise rates again this year, the change is likely to be tiny. Even if the rate was doubled to 1 percent, it would still be a small fraction of the 5.86 percent average of the past 45 years.

One thing is clear about fluctuations in oil prices – a change always brings good news AND bad news. When they go down, the cost of driving, heating/air conditioning and manufacturing typically goes down. At the same time, the petroleum industry and its petrochemical relatives take a beating. In Texas, where I am writing this, downturns in the oil patch drag down our economy, affecting everything from housing prices to tax income generated to operate our schools. Typically, according to this July article in Forbes, oil prices fall because of lack of demand, which could signal a recession. The most recent oil price drop was not accompanied by a lack of demand, but rather an increase in the supply. Again, as in the other examples cited here, these market fluctuations are cyclical and tend to bounce back rather quickly.

I dealt with this in some depth in my article last month and you can read that entire piece here.  Both parties claim they have the best platforms for the economy, but the evidence shows that factors outside of politics generally have more impact on the economy. I’m not in the business of saying the party platforms don’t matter, but when it comes to market performance, other factors generally outweigh the politics.

Paying undue attention to the news of the day plays into our “recency bias,” a tendency to put too much emphasis on recent events. I wrote about this in my first book, The Big Retirement Risk – Running Out of Money Before You Run Out of Time. Behavioral economists tell us that we are inclined to believe that recent events, such as stock market gains or losses, will continue into the future, even if taking a more historical view would prove otherwise. This results in selling when stocks are down, when in fact that would be a great time to buy. Conversely, we tend to buy after stocks already have risen.

When gas prices were $3 per gallon, there was a waiting list for the hybrid Toyota Prius. With the drop in prices at the pump, I have sure seen lots of shiny, new large pickups running around Texas. Now gas prices have inched up again.

My goal is not to make light of bad things that happen. On the contrary, my philosophy starts a financial plan with the goal of protecting you, your family and your assets first. It’s just that reacting emotionally to headlines is counter-productive. Instead, fashion your financial and life planning with the understanding that there will be downs as well as ups, and that is just part of life.

My firm uses what we call Lifestyle Driven Investing™, and it starts with figuring out how to meet the basics of life. I classify these as Needs, and they include food, clothing, shelter, life insurance, long term care and disability insurance. The other categories are paid for as funds are available and we label them as Wants, Likes and Wishes.

Still, it all comes down to a plan that strives to include safeguards to protect cash for your Needs first.  Do that and you can quit unnecessarily worrying about the fluctuations caused by the news of the day.

The opinions voiced in this material are for general information only and are not intended to provide specific advice or recommendation for any individual.

No strategy assures success or protects against loss. All performance referenced is historical and is no guarantee of future results. All indices are unmanaged and may not be invested into directly.

7 Things to Consider to Create Financial Resolutions You Can Keep

Thanksgiving: A Great Time to Create a Strategy for Intentional Giving

Are You a Potential Target? Protect Your Wealth Today

Are Stocks About to Crash? Build Your "House of Security"

The Family Money Talk: What To Discuss and Why